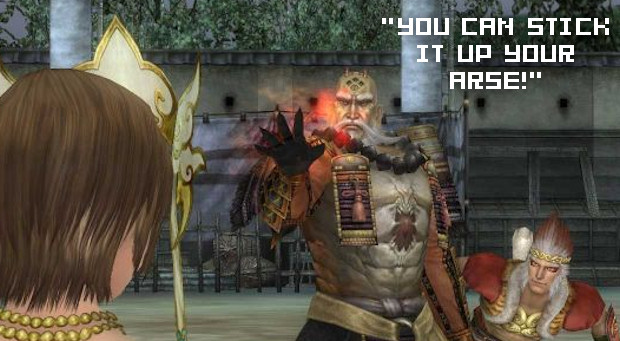 Well poo. Warriors Orochi Z, the PS3 repackacing of Warriors Orochi and WO2 has been canceled for North America. Still available for Japanese fans, the game included new bonus content such as extra characters. It was originally scheduled to release in the West as Warriors Orochi: The Collective, but Koei has since decided to scrap it.

It’s very rare that Koei doesn’t want to bring a Warriors title to the West, so it’s a strange bit of news indeed. Still, with Warriors Orochi 2 already heading for the PSP, perhaps Koei realized that there is such a thing as market saturating and it may be wise to hold off. Either that or it’s Swine Flu.