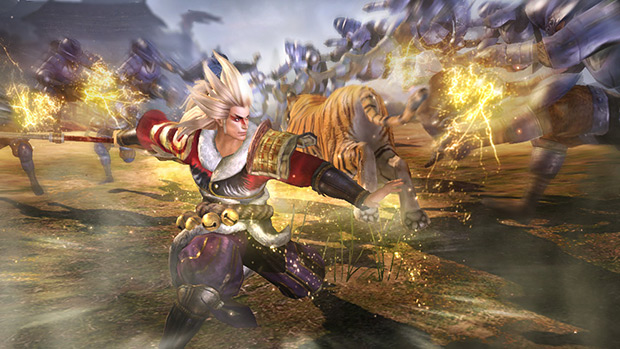 Tecmo Koei’s upcoming myth-based hack-n-slash action title, Warriors Orochi 3, will be launching for PlayStation 3 and Xbox 360 next month, in North America on March 20 and in Europe on March 30. The game will be a full-price retail title on 360, but thanks to a little-known quirk in Sony’s localization regulations, it will only be available on the PlayStation Network — not on a Blu-ray Disc.

The voice acting in Warriors Orochi 3 hasn’t been localized into English: the audio for the entire game is in Japanese, with English subtitles. Sean Corcoran, Marketing Manager for Tecmo Koei America, told me last week that Sony doesn’t allow games without English voice acting to be released in the West on retail discs. So PS3 owners will have to buy the game on the PlayStation Store; Corcoran said that the download will cost less than $59.99, but Tecmo Koei hasn’t yet decided how much less.

This all seemed rather strange to me, especially since PS3 games are region-free, and 360 games are region-locked. I guess one thing you can say for Microsoft is that if a game releases in your neck of the woods, you’ll be able to understand everything in it. Except, perhaps, for men battling alongside tigers.