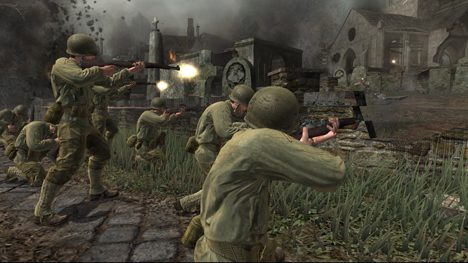 There have been continuing issues with Call of Duty 3 on the 360 since its release (mostly having to do with trouble getting into ranked games), but now with the release of a new Valor map pack (800 points) there seems to be a new glitch in the matrix. Our own Johnny Wadd first turned us onto the issue:

Downloaded the new map pack for Call of Duty 3 (800 points) today and low and behold it doesn’t work. Doesn’t show up anywhere. Checked the xbox live forums and same result for several thousand angry people. This game has been nothing but a fiasco from it’s rushed release by Activision’s developer Treyarch

Major Nelson announced the pack, then updated on his site that there was indeed a problem and that Microsoft and the developer were aware. Here’s the response from Microsoft:

We understand that there are problems with the Valor map pack once it is downloaded – we are working closely with Microsoft on this right now, and we will have the issue resolved as soon as we possibly can.  Please hold tight, and I will follow up with an update as soon as we’re closer to a solution.

There you have it. Until everything is in the clear, DO NOT download the new CoD 3 map pack — unless you like wasting money, then do what you want.