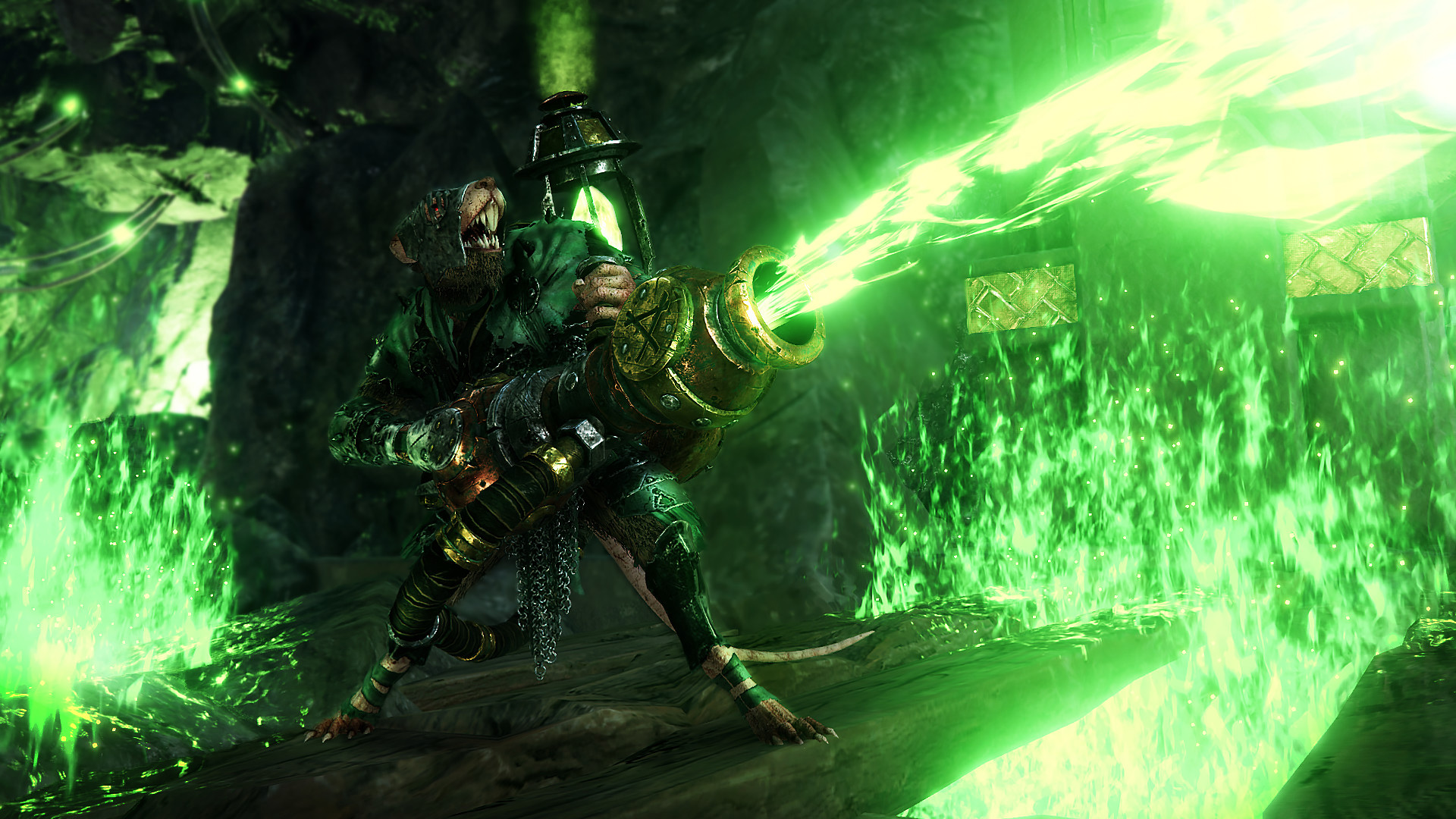 March 8, 2018 will be a day of slicing and dicing. That’s when Fatshark’s co-op action game Warhammer: Vermintide 2 will appear on PC, with the Xbox One and PS4 versions coming later.

Along with the usual Skaven horde, you’ll also have to face Chaos in this sequel.

There are five playable heroes (along with 15 different careers for further specialization) and Vermintide 2‘s Heroic Deeds System will conjure up quests that “dramatically alter enemy composition, level settings, weapon use, and mission objectives.” Here’s a brief preview of the Bounty Hunter: