Paradox Interactive is a publishing machine. It’s dabbling in just about every genre under the sun, and now, the company is taking on third-person action in the form of War of the Vikings — a PC title set to arrive sometime in 2014.

It’s a bit rough around the edges, but as an action fan, I really appreciated the attention to the tactical nuances that made the games’ combat so deep. 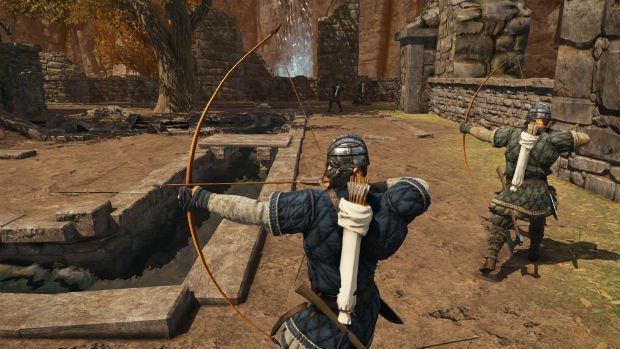 As a sorta-kinda follow-up to War of the Roses, War of the Vikings aims to take things into a decidedly more barbaric direction. Developer Fatshark is aiming for a full authentic viking experience, including real-world weapons, armor, and shields.

As part of the alpha, I had access to two maps: Monastery and Gauntlet. Both maps were extremely solid arenas, as they offered up a fair bit of cover from errant arrows as well as wide-open spaces to smash some skulls in hand-to-hand combat. Although the full game will allow for insane 64-player battles, I only had access to one smaller game mode called “Pitched Arena,” that offered one life per round in a team deathmatch-like situation. Pitched Arena will support up to 32 players in the final build, but the alpha version only hosts a limited amount of players at any given time, which allowed for more intimate confrontations.

I had a chance to play as three classes: scout (ranged), warrior (balanced) and the huscarl (heavy). Like Roses, all three classes have their individual perks as well as their own loadouts, which helps alleviate any concerns of homogenized playstyles. While I had a few fun rounds going at it with the arrow touting scout, I really felt right at home with the warrior, given the fact that he offers up a fairly well-rounded loadout with a sword and shield. The huscarl was also a ton of fun with his two-handed axe, but I found it to be a little too risk-reward for my style of play. 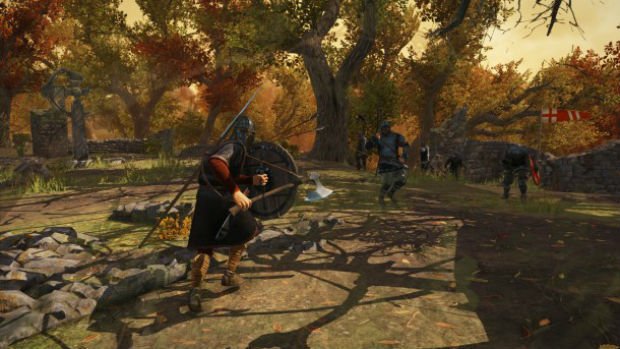 The action itself is fast, and you have to be aware of your surroundings at all times if you want to make it out alive. For instance, playing as a warrior, you’re going to have to make sure that your shield is up when arrows are flying at your face from a scout. Alternatively, over-reliance on your shield sacrifices your maneuverability, and can result in losing it to a well-timed axe swing from a huscarl.

But while things can often happen in the blink of an eye, there’s plenty of time for slow and methodical fighting as well, specifically in Pitched Arena, when most players have died out leaving a heads-up 1v1 situation. It’s at this point that the combat of War of the Vikings really shines, as you circle your opponent, attempting to get a perfect slice in. Should you miss, it’s most likely lights out, and it’s really easy to completely forget that unexpected second enemy that snuck up from behind.

Customization is already confirmed for the final version, including “a variety of beard options,” and the ability to test out custom perks and builds. Although I found my playstyle of choice rather quickly, I’m sure other players will appreciate the option to take the game to a further level of customization. If it’s anything like War of the Roses, it’s going to be pretty worthwhile. In fact, I’m eager to see the strides that are made after the alpha, and seeing how far Fatshark intends to justify this as a full-on standalone game over an expansion for Roses. 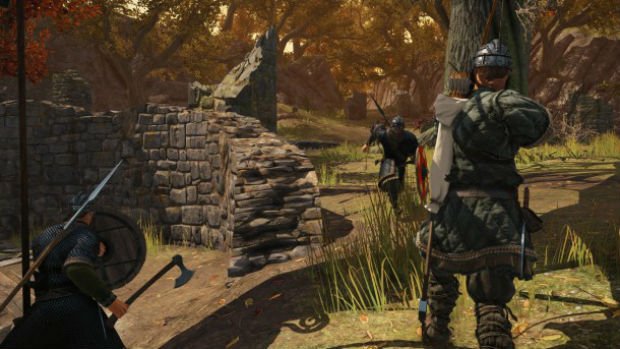 It’s not going to be for everyone, but I think once Vikings hits it’ll carve out a dedicated niche crowd that will play it for months on end (or hold them out until Mount & Blade II). While I’m a bit cautious to see how ironed out the game is past the alpha stage, I’m extremely hopeful of the combat system, and most of my fights were intense enough to keep me intrigued. As a side note, if you own War of the Roses: Kingmaker, you’ll be able to gain access to the alpha, and you can keep an eye on Paradox’s registration page in the future.