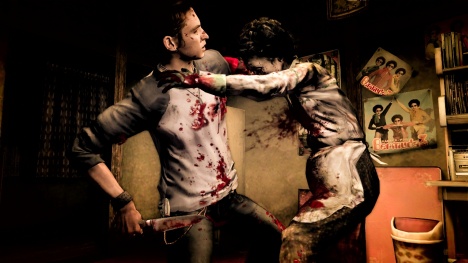 As pleased as I was to have a survival horror game fired up on my PS3 after Siren:Blood Curse was released, I have to admit that if I could choose, I’d prefer to have the game on disc rather than downloadable. After all, Asia got their version in that format, and we also heard that Europe would be seeing a disc-based release. What about us, Sony?

According to a recent article over at MTV Multiplayer, fans can stop holding their breath — it isn’t coming, at least not anytime soon. Here’s Sony’s official reply:

“At this time, there is not Blu-ray Disc version planned for the North American market,” said a company representative in an e-mailed statement. “Please note, however, that you are able to delete and then re-download episodes since the purchase is linked to your PSN account. The developers kept this functionality in mind knowing that the episodes were fairly beefy. ”

I don’t feel the game is any less worth owning, but considering the size, it seems it would make more sense to have at least the option of owning a hard copy. I don’t mind downloading smaller games, but filling up a great deal of the space on my PS3 or having to delete other demos is not my idea of a good thing. Of course, you could always import the Asian version, which features English dubs. You’ll have to navigate through the Chinese menu to get there, but if you’re used to surfing your way through import titles, you’ll do just fine.