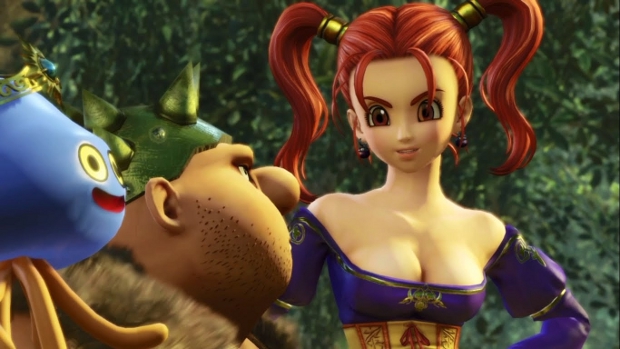 Polygon recently spoke with Dragon Quest series executive producer Yuu Miyake about Dragon Quest Heroes: The World Tree’s Woe and the Blight Below (God, I love that title). Since this is the first Dragon Quest game to be localized for a North American release since 2011, Miyake talked about some of the issues with localization and his hopes to see more games from the series make it out of Japan in the future.

“We want to get them out here. We really do!,” Miyake said. “The Dragon Quest games are very text-heavy, so the time and the cost it takes to localize these and do it well is quite something.

“Business-wise, we have to think quite hard whether we’ll make that money back from localizing to North America,” he continued. “It’s always been a difficult decision. But the more you tell us, the louder the voices, the more likely we are to do it.”

It also sounds as though Square Enix might be using Dragon Quest Heroes to gauge interest in other Dragon Quest titles coming to North America.

“We’re really using this as a kind of opening up of the market. We can gauge whether the American people might want to go back after Heroes and see some of the other Dragon Quest games. Hopefully we could use that as leverage to get those out over here.”

If this is true, then I sure hope Dragon Quest Heroes sells well over here, because I’ve been dying to fight some more slimes. Hopefully, the rumors about the 3DS versions of Dragon Quest VII and VIII being localized are true, but it’s possible we won’t know for sure until after we see the sales for Dragon Quest Heroes.