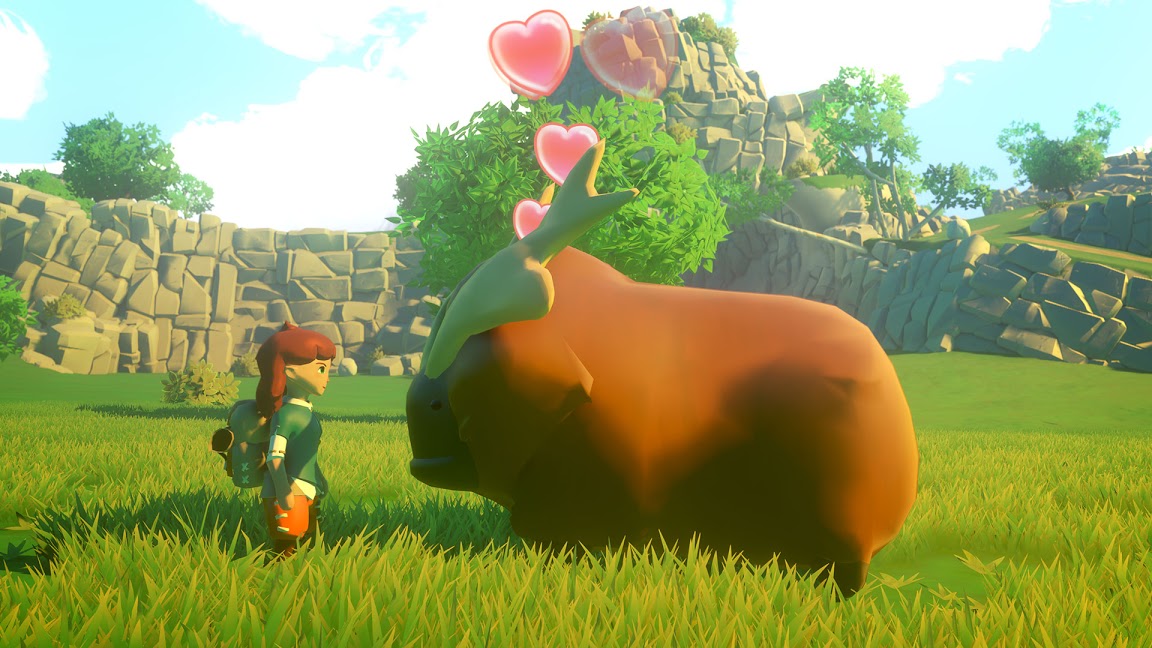 Probably the most cheerful game I played all PAX (maybe of all time?) is Yonder: The Cloud Catcher Chronicles — a bright, happy Harvest Moon meets Windwaker style game that goes beyond traditional farming simulation.

In Yonder, your customizable character washes up on the shores of a delightfully cute village and is immediately put to work collecting materials and running quests across the island of Gemea. Although there’s no combat, there’s plenty of quests to fulfill and traditional simulator activities to partake in such as farming and fishing along with non-traditional activities like collecting cats.

The landscape in Gemea is vast and contains eight distinct regions — just in the starting area alone I was able to discover a few villages, a seaport, a bunch of fishing areas, and a farm. Exploration is a critical element of the gameplay and discovering new areas, quests, and crafting materials makes it more expansive than a traditional farming simulator. For example, various materials can be found and harvested in all sorts of places, and items and collectables are hidden throughout the landscapes.

Yonder also has some unique crafting and trading aspects that add different layers to the gameplay, for example finding vines around the fields can be quickly crafted into cord, which can then be traded or sold for other items or perhaps used to fulfill quests. I found that even in the demo there was so much to do that before I knew it, I was hogging the game for almost 30 minutes.

Thankfully, Yonder comes out for PC and PS4 on July 18 this year, so I don’t have to wait too long to meet more adorable yak-like creatures.