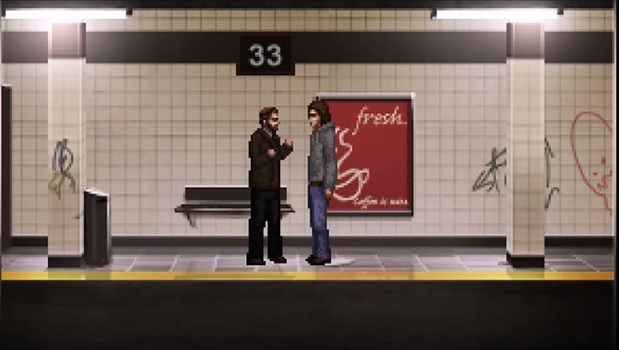 Shivah: Kosher Edition will be released on November 21

Despite enjoying the recent Wadjet Eye Games adventure titles, like Gemeni Rue and Resonance, I didn’t know anything about the studio’s first game The Shivah until now. First released in 2006, the game is being remastered and re-released as Shivah: Kosher Edition on November 21.

Costing just $3.99 for a pre-order, Kosher Edition will feature new graphics and new music and will be available on Steam, PC DRM-free, and iOS. The story centers around New York rabbi Russell Stone whose synagogue has fallen on hard times but when bequeathed a large amount of money by a deceased member of his congregation, Russell embarks on a mission to uncover the reasons behind his good luck. Wadjet Eye adventure games are some of the best point ‘n click games around so I’m really interested to see where it all began for them.