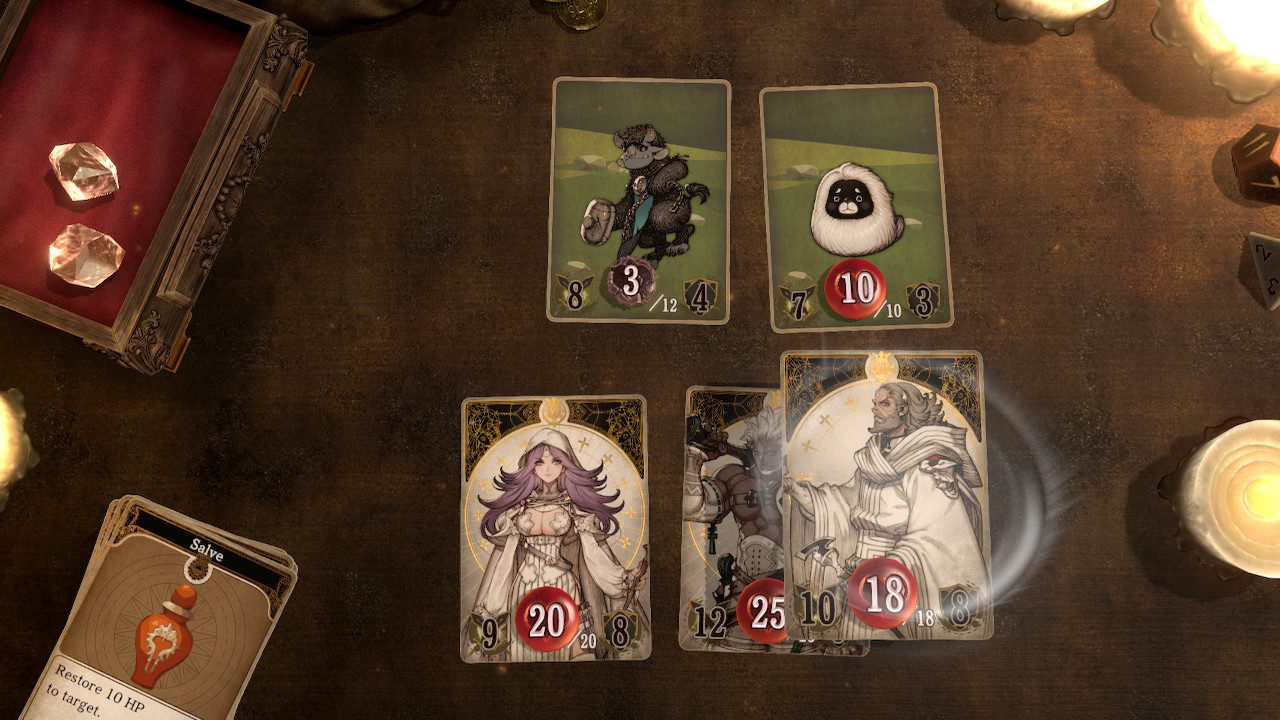 Does cutting the deck count as splitting the party?

Square Enix and developer Alim put out a demo yesterday for Voice of Cards: The Isle Dragon Roars, their upcoming card-themed RPG. With Yoko Taro as Creative Director on the project and a number of previous collaborators involved, it definitely seemed worth a go; and after finishing the demo, I think you should try it too.

There are a lot of virtual card games around at the moment. Deckbuilders became very popular, very fast thanks to titans like Slay the Spire. The draw of going on runs with these formats is obvious, and some have found ways to weave in a greater narrative, but I was curious if Voice of Cards was going to fall into the same mold as a Monster Train.

The answer is that it’s surprisingly less of that than I expected, and feels much more akin to a tabletop role-playing game than anything else.

The Voice of Cards demo puts you in control of a fellowship of adventurers, working under the Ivory Order, on a quest from the Queen. A great treasure has been stolen from the castle, and you need to uncover the culprit and return the stolen bounty.

The fellowship is a straightforward RPG party: Wynifred serves as healer and light magic caster, Heddwyn uses elemental magic, and Berwyn is a warrior who likes to smack things with an axe. It’s a different trio than the ones introduced in yesterday’s trailer, but it seems like the demo is a prologue of sorts, so it might just be setting the story for those adventurers.

As the fellowship sets out on their quest, you move a marker across a sea of cards, flipping them over as you go and uncovering what’s next. Most of time, it’s just more terrain, but sometimes they can result in random encounters, like a fight against monsters or some treasure. It can feel a little unwieldy at first to navigate the map, as the cards don’t always line up in cardinal directions. But once you’re thinking along its line—and using the handy ‘jump’ to move to any face-up card—it’s easy enough to move around. 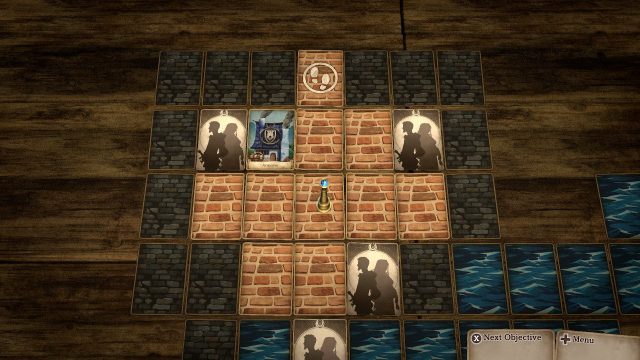 What’s really amazing is how everything, from castles and towns to the overworld, is made with cards. Plazas and bridges are formed and flipped, and just about everything in Voice of Cards comes back to the paper objects in some way. The look never really wore on me either.

It helps that the general art direction is very, very good. There are some amazing character designs, and even minor characters (one is literally just named “Man”) have their own art and backstory to unlock. Each card in the game has its own tale, both a front-facing and backside story to tell that you can unlock by clearing certain requirements; the back-of-the-card stories are blocked in the demo, but it was still entertaining to fight enemies and talk to townsfolk to accrue them anyways. 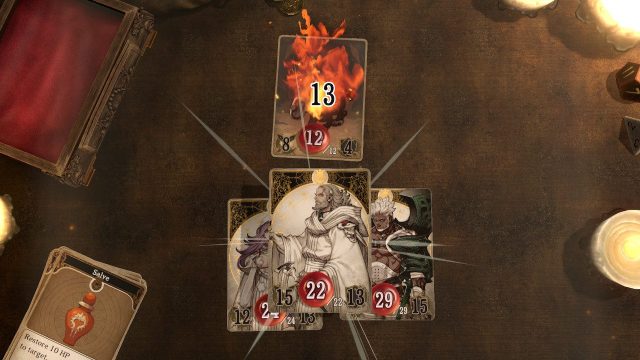 Combat even plays out in a very RPG fashion, with each side making moves in a turn-based fashion. Here, I wish there had been some clear indicator of turn order, as I often felt I was guessing at whether it was safe to attack or if I should heal up instead.

But the moves themselves pop, with fireballs raining down or cards leaping off the table to swiftly strike one another. Voice of Cards is all-in on the card theming, even laying card games on top of card games and, as its own side game, letting you play cards against other characters. 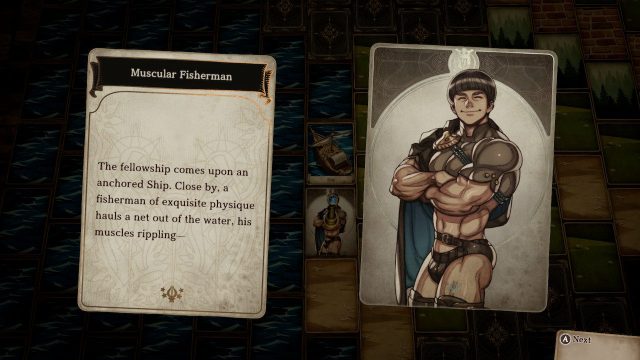 After finishing the quest, which leaves off on an ominous note that’s meant to foreshadow the plot of the main game, I was pleasantly surprised by Voice of Cards: The Isle Dragon Roars. I think, in the deluge of card games and especially deckbuilders we’ve had over the years, I was expecting some sort of roguelike similar to Slay the Spire or Monster Train. Sure, you definitely pick up new cards and equipment over time, and in the trailer, we can see the party recruiting more members to the cause. Even some post-battle treasures give you a “pick one of three” option.

That all would have been fine, especially with the stellar art and music backing it. But my most pleasant surprise has been how much Voice of Cards: The Isle Dragon Roars feels like an RPG, one you would sit down at a table for, featuring monsters, parties, and quests. It might have deckbuilding elements, but it’s falling more on the Dungeons & Dragons side. There are still games exploring the potential of tabletop ideas expanding into a digital space, and from what developer Alim has shown with Voice of Cards so far, it’s one to watch.