WayForward has revealed a brand new title currently in development for Nintendo Switch. Vitamin Connection, described as a “bacteria-busting game for one or two”, is a new co-op game which – to my mind – recalls the heady days of video games designed to make you think about your physical health, such as Captain Novolin or Plaque Attack.

In Vitamin Connection, players control ultra-cute protagonists Vita-Boy and Mina-Girl as they battle to save the Sable family from an array of germs, bacteria, and other grim nasties that have me washing my hands around 17 times a day. Piloting their Capsule Ship, Vita-Boy and Mina-Girl will navigate mazes, play mini-games and blast sub-microscopic scum.

It appears the coordination will be the key to success, as one player with control the vessel’s aiming and rotation, while another player designates movement and firing. Without seeing the game in action, I’m getting a very retro vibe, from both the concepts and gameplay description. Sounds like fun, if I can just stop my skin from itching. 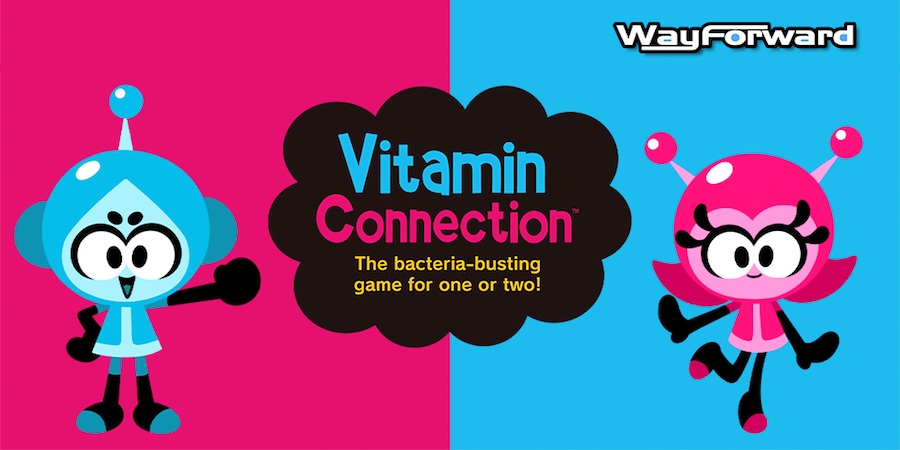 Vitamin Connection is in development for Nintendo Switch at WayForward Games.