[Dtoid community blogger JoyfulSanity shares his thoughts on the different types of violence in videogames, and why some resonate differently than others. Want to see your own stuff appear on the front page? Go write something! –Mr Andy Dixon]

On October 16th, a trailer for the upcoming civilian-killing title Hatred was released. I watched it, felt pretty disturbed by it, and made a mental note to avoid it when it comes out.

Afterwards, I hopped onto a game of the critically acclaimed Payday 2: The Heist, in which I took civilian hostages, robbed a bank of hundreds of thousands of dollars, and shot down countless police officers along the way. The following morning, I continued on my file of Borderlands: The Pre-Sequel and proceeded to make a little kid cry by beating him in a race and killing his father shortly after. Then, to cool off from all the shooting, I decided to play some Final Fantasy VII and raid the Shinra building as I slashed up innocent security guards for just doing their job.

And you know what, I was perfectly okay with all of that. 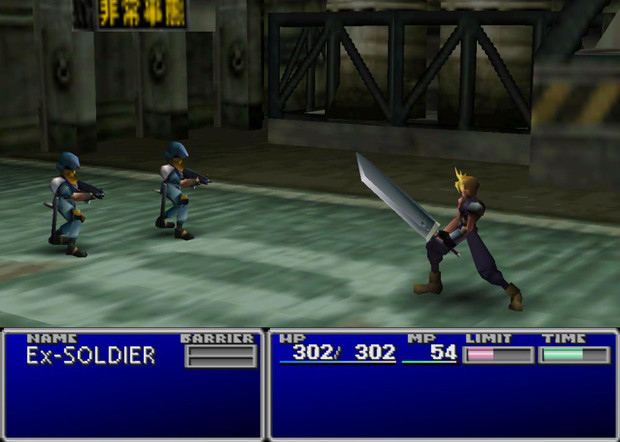 In many videogames, the act of “murdering” someone is an abstract concept.

While it’s not uncommon for videogames to cast the player in the role of villainous, even deplorable people, it is uncommon for videogames to revel in what many would consider the disturbing and unpleasant aspects of violence. I could command Final Fantasy VII‘s Cloud Strife to literally smash his sword straight through someone, but that doesn’t mean that my foe died afterwards. In fact, that might not even mean my victim was particularly injured, since all I ever see is the foe flinching at best. After slashing and igniting a foe/monster enough times, my enemies eventually fade out and go “PSHHHHAWWOWWAAA,” I get EXP, and continue on my quest. There’s no screaming, no begging for mercy, or watching the life drain from a horribly disfigured opponent’s eye vanish as they call me a monster.

In the same game, there’s a famous tear-jerking moment where a certain lead female is stabbed through the back and dies, but it’s not like monsters haven’t inflicted grievous injuries on this character before. The difference is that the game decides she dies at that moment, because that’s how its story goes. I, as a player, am not given the opportunity to feel guilty for technically doing the same to countless creatures and guards who happen to cross me. The game will let someone dramatically die if it decides it wants to, but as a player, I’m never made culpable for my actions. That’s something the game doesn’t want on my conscience. 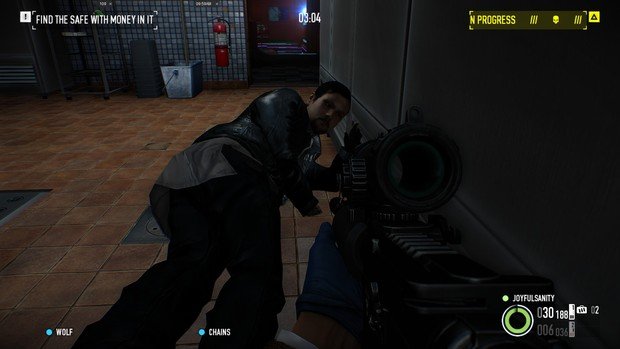 Games have become more graphic and violent since Final Fantasy VII, yet this abstract concept of death is still prevalent. Any well adjusted person can agree that robbing banks and killing cops are abhorrent deeds, yet Payday 2 tasks me to do just that and never makes my actions “real” to me. Shooting a police officer makes some red mist fly in the air before they fall over, which is more akin to children playing Cops and Robbers than real, cold blooded murder. Similarly, Payday 2 never shows me the headlines the next day that proclaim how I’ve made the economy collapse and have driven thousands of newly bankrupt families out of their homes. All I see after my heist are little EXP bars filling up and notifications that I’ve unlocked a new part that I can craft for my guns. I have fun playing the part of the criminal, but it’s only because I never see the dark side of all the things I’ve done.

There are games that do feature graphic, realistic, and perhaps even disturbing depictions of violent murder. While I’m not an expert on graphically violent games (can’t play enough JRPGs, after all), it’s telling that even games that garnered controversy in the past would typically depict this violence against characters who are depicted as criminals (like Manhunt) or someone who is an equal opponent to the player (like Mortal Kombat). The infamous “No Russian” mission from Call of Duty: Modern Warfare 2 does come to mind as an instance of the player being charged with killing defenseless civilians, but it’s also important to note that, while controversial, this mission was a part of Modern Warfare‘s overarching story and the game itself was not billed as a civilian killing game. Which conveniently brings me to my next point:

Videogames usually do not make the player’s end goal to murder without context.

I know that a few people have argued about context in regards to why Hatred is particularly offensive, but it’s not that context makes distasteful content any better. Context just makes this kind of content palatable.

Take the Friday The 13th franchise, for example; a series of wildly popular and iconic movies that many people watch just to see teenagers get violently murdered. In fact, we have a specific word to describe a person who watches slasher movies just for the gorey special effects. Yet a movie that was just 90 minutes of some guy graphically murdering people without any noticeable storyline or cohesiveness between scenes would probably be a huge flop. Slasher movies, in general, usually succeed by spacing out moments of graphic violence, and it’s the anticipation and atmosphere leading up to the kill scenes that make them so shocking and even memorable. Any given slasher movie doesn’t even have to have a good plot; the plot just lets the audience latch onto something to at least give some hope that there’s a rhetorical light at the end of the gory tunnel, or at least a small sense that they aren’t really just watching the movie just for the death scenes. 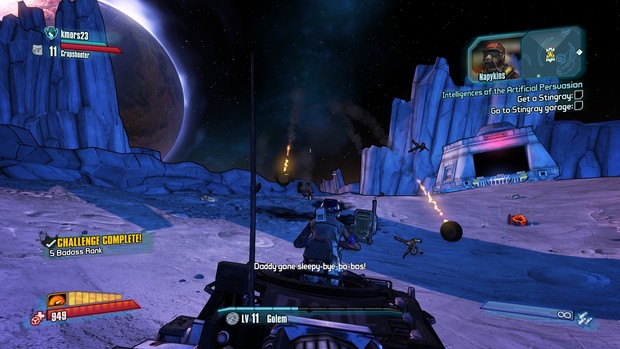 Videogames are no different in this regard. Borderlands, for example, is a franchise that can task the player with some missions that could be considered morally dubious at best. In fact,being asked to kill a generally innocent person isn’t entirely uncommon in the games. Yet having a character the player is familiar with command “kill this dude because I think he’s a dick” somehow manages to hide the enormity of what the player is actually doing. It becomes evident to the player that Pandora (and Elpis in The Pre-Sequel) is set in a universe where death is commonplace, and borderline-mindless murder is just business as usual. Perhaps that’s not a great justification, but at least the player is given some space to distance themselves from their actions and can focus on making bandits explode like piñatas full of blood and guns.

Conversely, while Hatred has not been released and can’t be 100% accurately judged until it is, its controversial trailer practically goes out of its way to make sure no context is given to the player in its very first line:

“My name is not important. What is important is what I am going to do.” 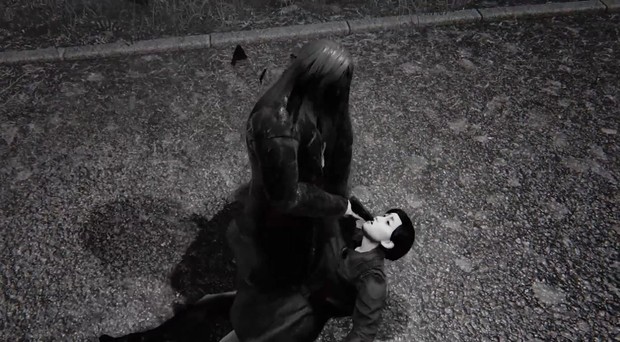 While perhaps a semblance of meaning can be derived from the monologue with enough digging, the lack of apparent story or commentary makes the trailer much harder to watch than the average violent videogame. Without any storyline, context, or cartoony stylization, the viewer isn’t given that barrier that separates their world from the game’s world. It awakens a fear that any stranger could decide to go on a shooting spree without any provocation, and a friend or a loved one could very well be that person staring down the barrel of that gun before their head is blown to pieces. Even if the murder in Hatred doesn’t look as real as it could, it feels real, and it feels scary. These are not thoughts that generally come with playing the average violent videogame. 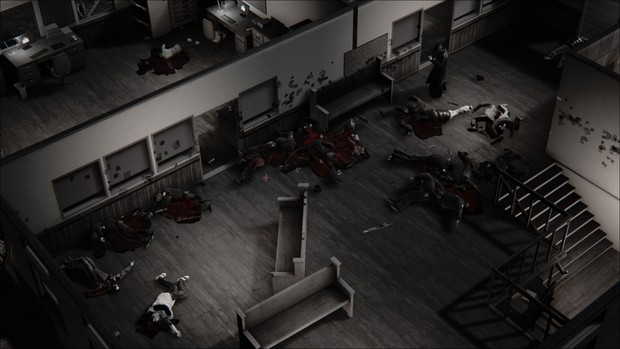 While the developer’s statement of wanting to create “something that could give the player a pure, gaming pleasure” seems to speak for itself, Hatred could technically still be released and actually be some kind of powerful commentary the likes we’ve never seen. Or Hatred could just be an exercise in how the gaming press reacts to shock value. Either way, we as gamers can only analyze the information we are given, and we have as much of a right to critique or praise the game as the developers do to make the game in the first place. There’s bound to be a lot of disagreement when it comes to any controversial videogame, but it’s important to remember that there’s usually no right answer when deciding if such a product is inherently good, bad, or evil.

At the same time, suggesting that the violence in Hatred is the same as the violence in most other games is doing a disservice to gaming. The smaller details that separate a Timesplitters and a Call of Duty or a Payday and a Hatred can’t be ignored if we truly care about gaming as a form of art or as an expression of speech. With how often the mainstream media likes to paint videogames as murder simulators, it’s telling that we as gamers can look at a game like Hatred and notice it’s different. It shows that there’s more to videogames than just pointing a gun at someone and shooting them, and trying to reduce them to just that is an outright negative outlook. Liking one game for its violence yet disliking another for its violence isn’t being hypocritical; all videogames with the same subject matter are not the same, even if games “like” Hatred have already been made.