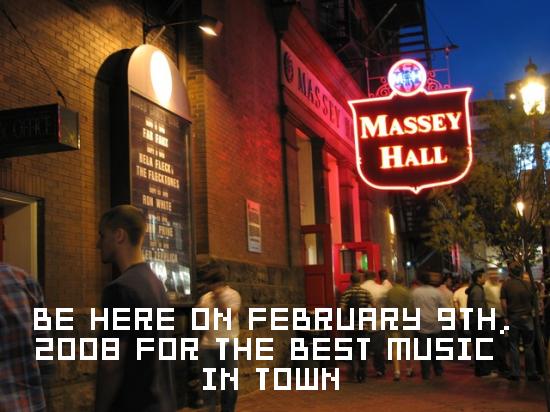 Video Games Live was so well received in the Great White North that they’re heading back for a second helping of beaver tails, Tim Horton’s coffee and the CFL.

Starting in February 8th, 2008, VGL will be kicking off its tour of Canada in Montreal, Quebec at the St. Denis Theatre. From there, VGL will head to Toronto, Ontario on February 9th to play at Massey Hall. Tickets are still available through Tel-Spec.com for Montreal, and through Massey Hall.com for Toronto.

VGL will also be in Edmonton, Alberta on February 17th, 2008 at the Alberta Jubilee and Vancouver, British Columbia on October 29th at the Orpheum Theatre. Tickets are not available for these venues as of yet.

I will personally be at the Toronto concert, and I hope to see all of the Dtoid readers from the area in attendance. I went last year in September and it was an amazing show, so don’t miss out! Also check out the Toronto show gallery on the official VGL Website, and see some of my terrible photography skills near the end.