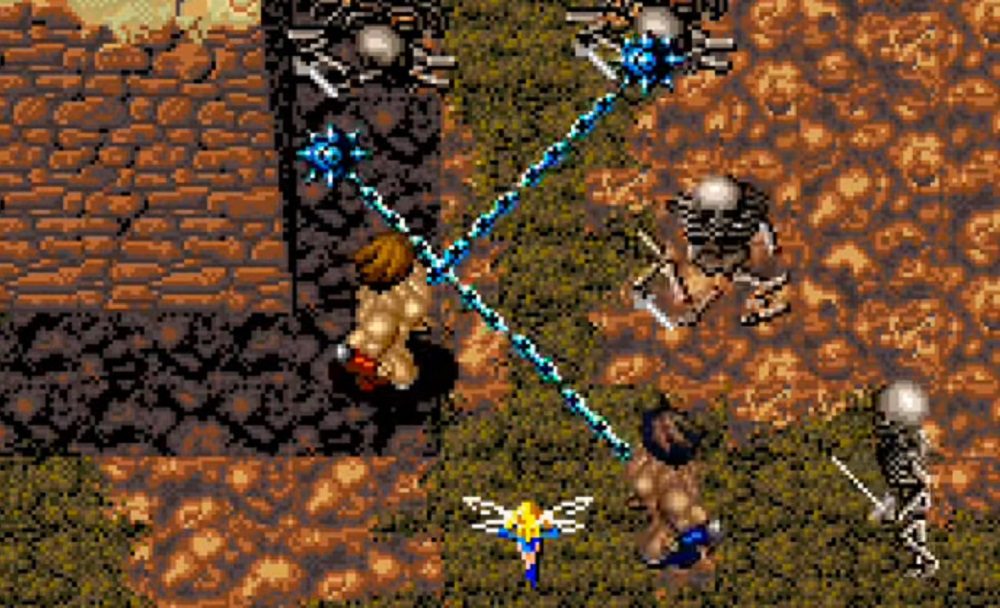 Something a little different from Hamster this week, as the newest addition to its bewildering Arcade Archives collection is UPL’s unique top-down fantasy adventure Vandyke, which is now available to download on PS4 and Nintendo Switch.

Released to arcades in 1990, Vandyke is an amalgamation of titles such as Sega’s Golden Axe and SNK’s Ikari Warriors III, as muscle-bound He-Man battles his way through a monster-filled fantasy universe, but in vertically scrolling, top-down form. Initially armed with a gnarly broadsword, our hero can gather new weaponry, such as a flail and a mace, and also call upon screen-zapping magical abilities for when the melee gets a little too close for comfort. A second player can help even the odds, and some platforming sections are included to put your forced perspective issues to the test.

Check out the action in the video below, courtesy of YouTuber arronmunroe.

This is one of the few Arcade Archives releases I actually have no personal experience of. I was never really a fan of top-down melee fighters, (Capcom’s 1987 release Avengers springs to mind). From the videos online, I’ll admit that Vandyke has a pretty nice look, and moves at quite a fair clip. Still, I can’t help but be surprised by its 1990 release date, as it certainly looks like a game that would’ve hit the scene several years before. I’m always happy to learn about the games that fell between the cracks, but this particular example isn’t for me, personally.

Vandyke is available to download now on PS4 and Nintendo Switch, priced at around $8