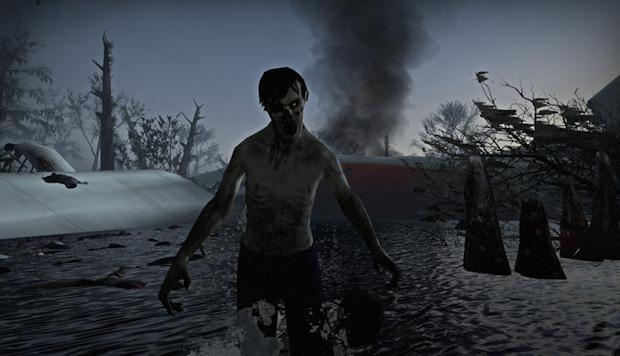 I’m British by birth, and I must admit that screaming obscenities into a headset while trying to play videogames doesn’t appeal to me. Apparently this is something not exclusive to your humble writer, with Valve recently concluding that Brits are too quiet.

“One thing I wanted to add before I go for you Brits: communicate. Don’t be scared of a microphone,” urges Left 4 Dead 2 writer Chet Faliszek. “You guys are notorious non-talkers on both 360 and PC. Americans are just chattering away, working together as a team. If you want to work together as a team you’ve got to talk!

“You can go into a random 360 game on US servers and it’s crazy talk. It’s fun. I think a lot of people knock that community but again and again I’m surprised by how fun that is. I’ve played expert campaigns where by the end of it we’re best buddies. Realism mode will prod you — you have to talk. If you don’t talk you’re not going to make it. Instead of being harder, Realism’s actually more challenging as a team because you have to communicate. When a Smoker pulls you off somewhere you’ve got to yell because nobody can see where you are.

“The first time you see people play somebody will go in a house to get some stuff, turn around a be like ‘sh*t, I can’t see anybody’. It’s a scary feeling. We’ll see if that maybe stimulate the British sternness.”

I don’t think being “stern” is the problem. Ever since moving to America, I have learned that the natives of this fine land are yet to learn the gift of shame, and I believe this is what allows Americans to chatter inane crap all the time when I’m trying to play some videogames. Give it another five-hundred years, and I believe Americans will have achieved the ability to self-reflect. Then I don’t think they’ll be talking as much anymore.