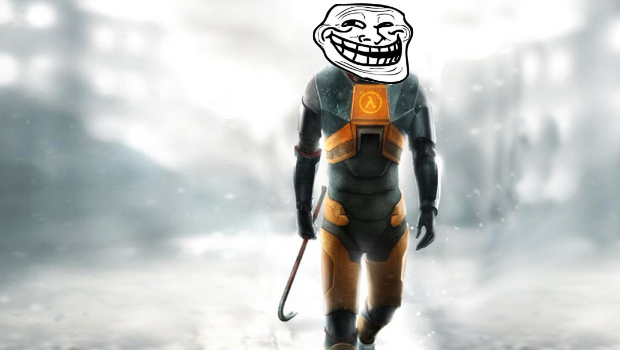 Ever since obsessed fans pulled apart a video of Wheatley at the Spike Videogame Awards, rumors concerning Half-Life 3 have run rampant. While the community is expecting an imminent announcement, Valve writer Chet Faliszek has arrived to crush your dreams — none of the rumors are true, and you’re all being trolled.

“You are being trolled. There is no ARG,” he said. “Wheatley’s speech was set in Portal 2 fiction — that is all. There has been no directive from Gabe to leak anything. That is all false. I just want to say this so there is no confusion. This is the community trolling the community nothing more. While it is nice to see people excited about anything HL, I hate seeing people be trolled like this.”

Fans reckon that Valve has been up to its “alternate reality game” shenanigans with fans, dropping subtle clues in the lead up to a Half-Life 3 reveal. It would appear, however, that the fans are doing what Victorians did when the War of the Worlds radio play was broadcast — swearing they can smell the Martian smoke that doesn’t exist and whipping themselves into hysteria.

Or … is that what Valve wants us to think? WE MUST CONTINUE TO SPECULATE!