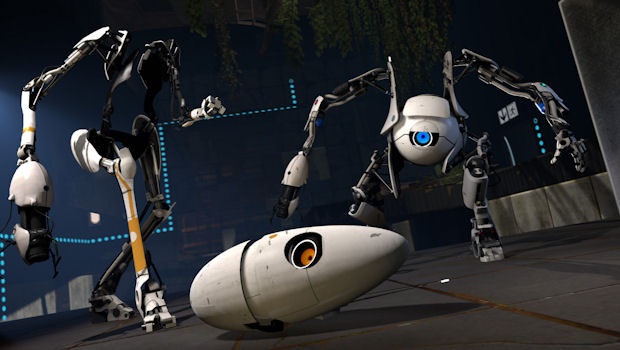 Portal 2 launched yesterday in a whirlwind of critical acclaim, but if you believe some of the fans out there, this game is the worst thing since anthrax was invented.

An army of bitter little fanboys has attacked the game via Metacritic’s user reviews, with hundreds of negative summaries complaining about unbelievably inane sh*t. Many of them just seem upset that the game didn’t release as early as they wanted it to. Others bitch about the downloadable co-op costume packs that appeared at launch.

Yet more are claiming that the game is overpriced and that the main campaign is only two to four hours long. That last complaint is a straight-up lie, but apparently that doesn’t matter if a customer is really pissed off about some inconsequential nonsense.

I’d go so far as to agree that the DLC is silly, but that actually has nothing to do with the game itself, which is one of the best titles I’ve ever played (review coming soon). The campaign is six to eight hours long, and then there’s co-op, which looks to add almost as much playtime.

As far as the ARG not unlocking Portal 2 early? Oh BOO HOO, you entitled, spoiled, pathetic little twats. Nobody promised anything.

I swear, no company gets shat on by its fans more than Valve, and it seems that it’s solely due to the fact that Valve actually treats its customers well. Apparently, years of free content, and treating consumers with respect, and actually understanding gamers has the effect of creating some of the most demanding, infantile, greedy little fuckers on the face of the earth.

“It’s shorter than some internet flash games i’ve played, is loaded with day 1 DLC,” cries some idiot, “and has a terrible port from consoles. The price is 900% what it should be for what essentially amounts to less effort than most oblivion mods. Sad.”

Just for reference, in case any of you are thinking of adding your own reviews:

Of course, the people whining would still buy Portal 3 and everything else Valve puts out without a second thought. No wonder they whine so hard — it must be difficult being such spineless, dickless chumps.