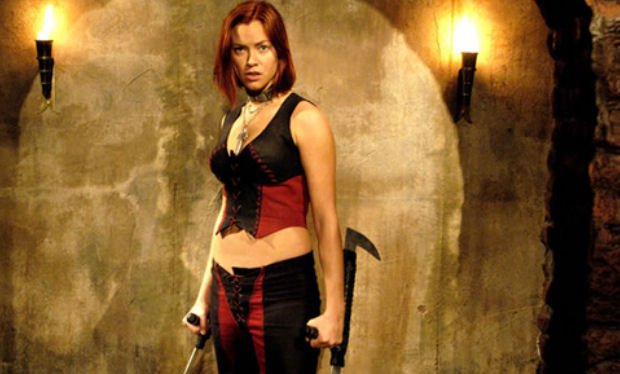 It’s the moment we hoped would never come, but it’s been confirmed and now we have to deal with it. The worst thing to come out of Germany since the Third Reich is making another straight-to-DVD BloodRayne movie. Kristanna Loken will return as the titular vampire in Uwe Boll’s latest disasterpiece, BloodRayne 3: Warhammer.

This will officially mean that BloodRayne now has more movies than it does games. What happens in this situation? Does it mean BloodRayne is now more of a movie franchise than a game? Would any future BloodRayne title (yeah, right) be considered a licensed title? This is a paradox that I don’t think we’ve ever encountered before, and it makes me scared.

It’s kind of sad that Uwe Boll now has more to do with BloodRayne than the guys at Terminal Reality who developed it. I actually thought BloodRayne was good in a not-really-great-but-still-oddly-fun way. Maybe one day these movies will make enough money to justify a third game as well as a third film. But probably not.