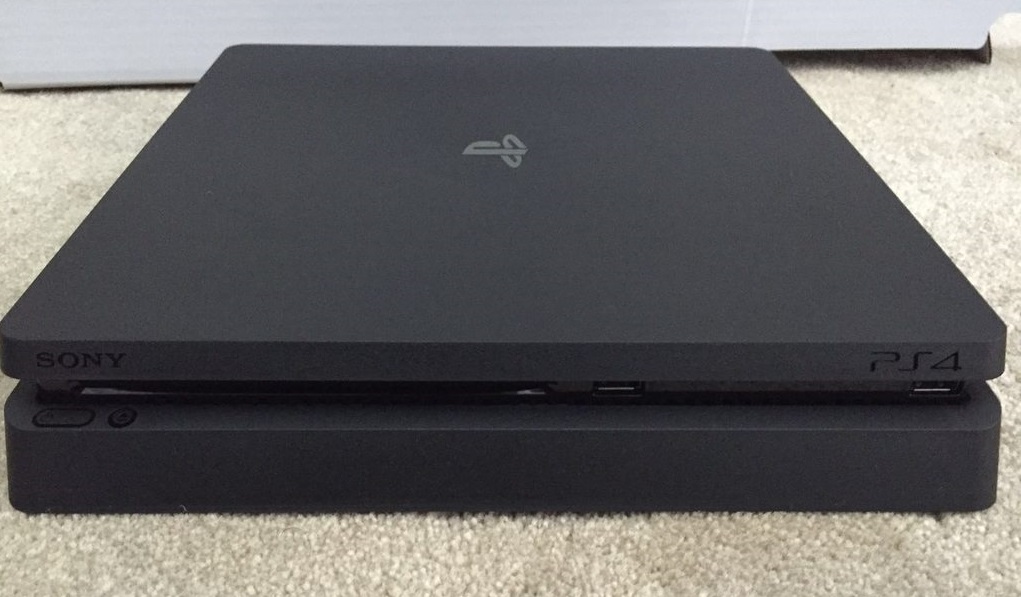 [Update 2: Here’s a new mirror of the pulled Eurogamer video.]

[Update: The original video just got pulled. We’re looking for a mirror. In the meantime, you’ll have to take us at our word that it was a PS4 Slim booting up.]

Sony doesn’t want you to know it yet, but there is most definitely a PlayStation 4 Slim coming to market soon. How do we know? Eurogamer went and got video of the dang thing booting up.

In case you missed it over the weekend, someone got a hold of a PS4 Slim early from another random guy who somehow came into possession of it. That’s how we ended up with some high-resolution pictures of the new console. At the time, it seemed like more than enough confirmation.

But, Digital Foundry went a step further. It contacted the new owner and went to his house to shoot video of the PS4 Slim powering on. It’s not the most exciting clip, but it certainly does its job in substantiating this machine’s existence.

All we’re waiting for now is Sony’s New York City “PlayStation Meeting” on September 7. Given how comparatively early all this news broke, that date feels like it’s a million years away. But, that’s surely when we’ll get a release date and a price — the only two puzzle pieces that are really left to this mystery.