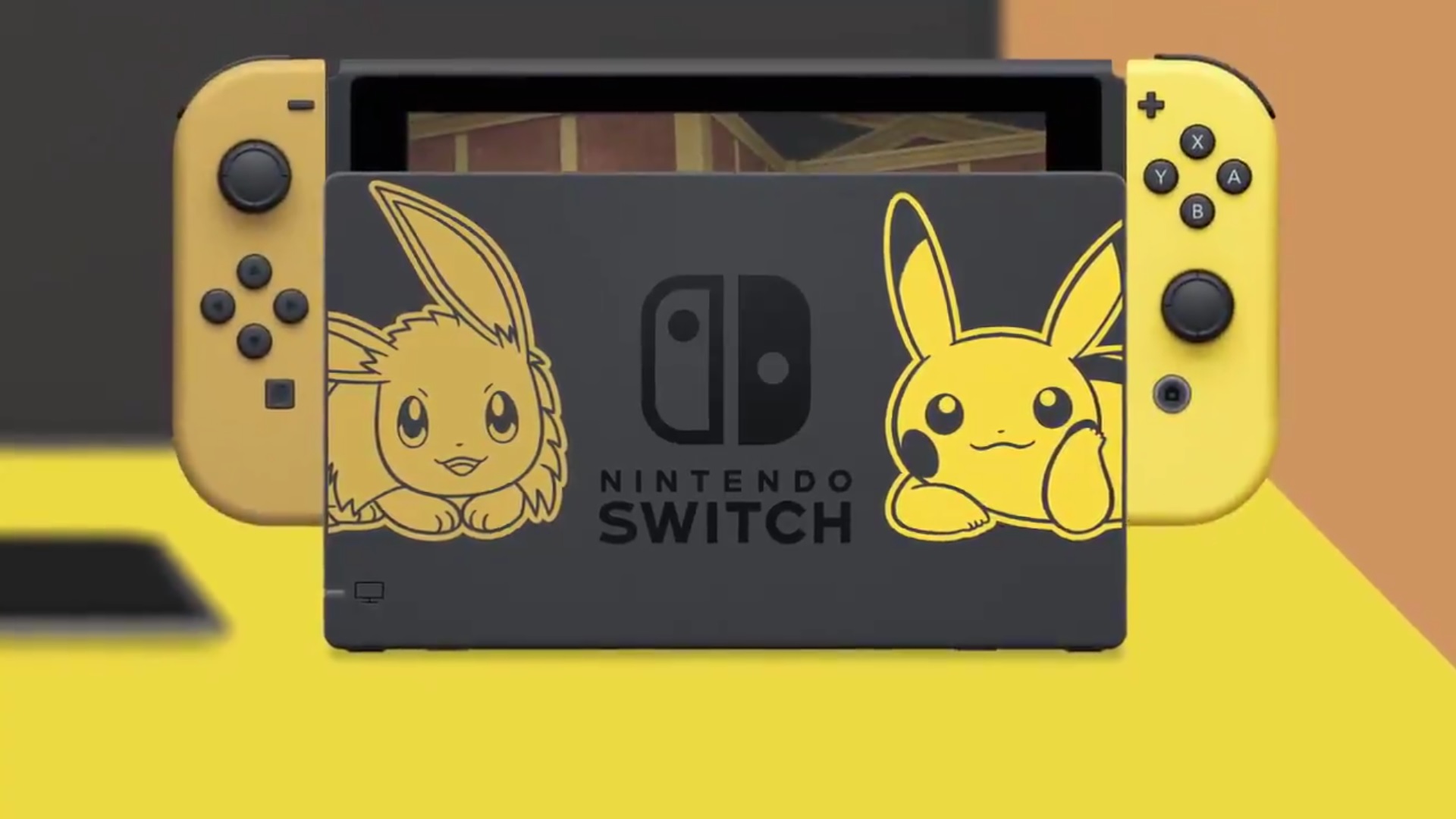 [Update: The Pokemon Let’s Go console has been confirmed for a US release. You can already pre-order it from various retailers, including GameStop and Nintendo’s own website. The bundle will run you $399.99.]

We haven’t seen many special edition Switch consoles since the platform came out last year. There was that neato Monster Hunter Generations Ultimate console in Japan, but we’ve mostly seen colored joy-con that vaguely resemble the game they are based on instead of an actual theme. While the US won’t be getting this particular console, our friends over in Europe and Japan will be able to nab a fun Pokemon Let’s Go Switch along with the game.

There won’t be two separate color schemes, but the bundle will come with either Pikachu or Eevee pre-installed, will sport that fetching Switch dock and even include the Poke Ball Plus accessory. It will launch alongside the main game on November 16, 2018, for an undisclosed price. While we may not be getting it, the Switch is region free. Importing could be a nice way to show your love for Pokemon.