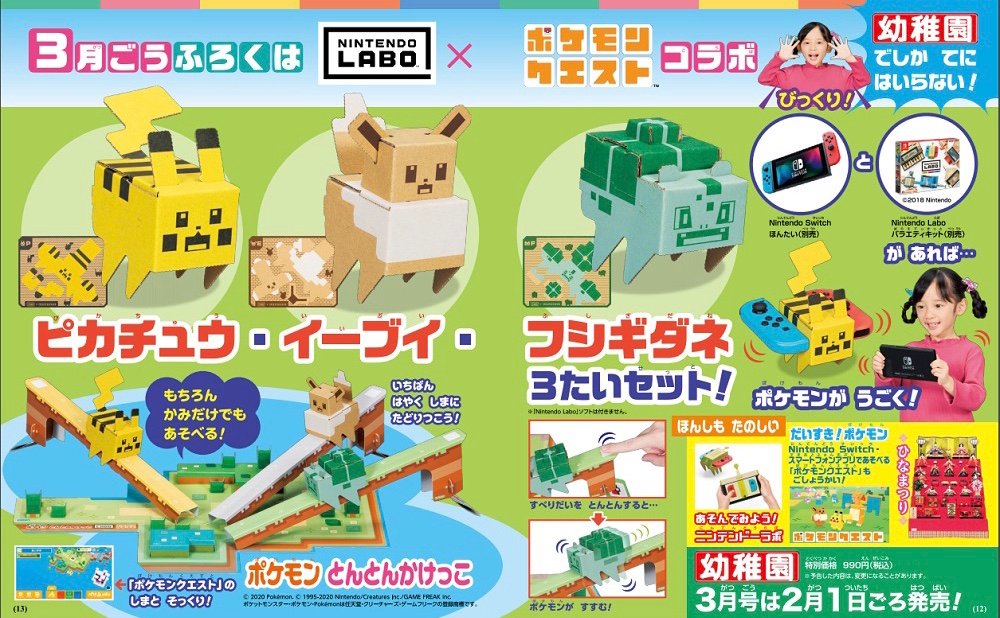 It’s part of a magazine bonus

[Update: It’s out now in Japan, if you’re able to pick up a copy of Yochien. The Poke Times Twitter account has a wonderful little video showcasing a sumo match between Eevee and Pikachu using the new remote control Labo feature. This thing is perfect for kids to mess around with!]

Labo has been getting by in an extremely low key manner in the west. It almost never even hits sales charts, and much of it, including the late-in-the-game-kinda-VR set, is almost never mentioned in popular culture.

But in Japan, it’s been niche enough to keep trucking, especially for the younger audience. Case and point: there’s a new Pokemon Labo set that doesn’t focus on a game, but the actual cardboard itself. According to Japanese Nintendo, the Japanese magazine Yochien (a publication for kindergartners) will be scoring a free Pokemon Quest Labo set in the March 2020 issue.

That’s more than enough time to find a way to pre-order it or get in contact with someone in Japan who can grab you a copy. From the looks of it the Labo set includes three cardboard characters (Eevee, Pikachu, Bulbasaur), as well as a small lake/forest playset. If you want, the Joy-Con can be attached to the sides of each figure to make them move around. Cute!

I actually dig this cheaper alternative to Switch Labo software, and wish Nintendo did more of this overseas: it would probably be a hit in daycares.