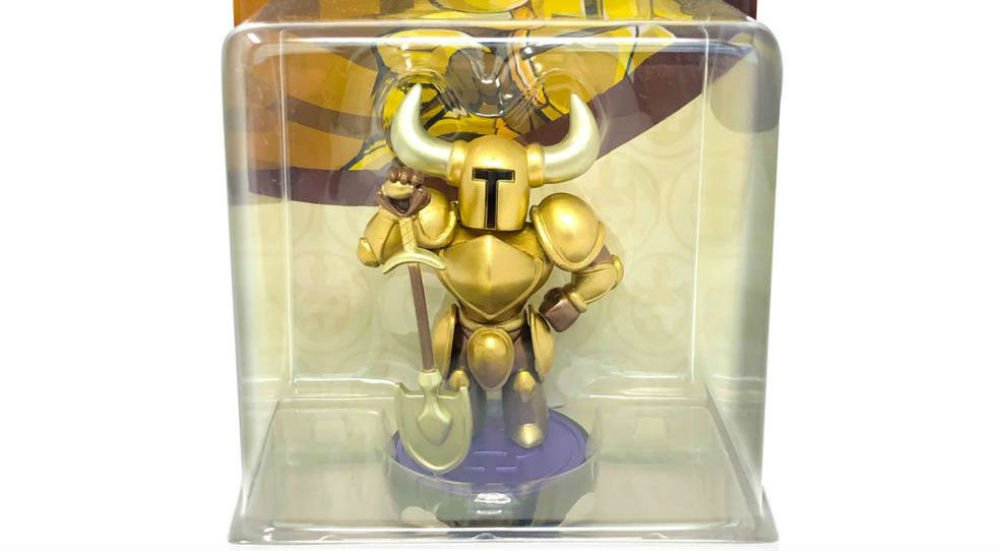 [Update: It was not revealed in the Nintendo Direct, but it is available for pre-order now online. Best Buy is also carrying it, and Yacht Club Games has confirmed (just like the Golden Mega Man amiibo!) that it is functionally the same as the base Shovel Knight figure.]

We don’t get bombshell amiibo news very often anymore, especially since Nintendo mostly cooled it with the exclusive figures and slowed down the overall release cadence significantly. But this week, we’ll make an exception.

As spotted by the amiibo subreddit, there’s a secret “Shovel Knight Gold” amiibo available to pre-order right now at GameStop. The catch is that you need to go do it in-store because it’s not available online yet, and give them the SKU manually: 103739. I can confirm that this information is accurate, as I was able to walk into my local store, give them the number, and place a pre-order. As is the case whenever I cover clandestine amiibo, there’s a lot to unpack here.

The last Shovel Knight figure released was the titular character in August of 2015, commissioned directly by Yacht Club Games themselves. Later this year (presumably December), we’re also getting a three-pack of amiibo: Plague Knight, Specter Knight, and King Knight, the three DLC stars. Directly following the amiibo news in the inaugural Yacht Club Games presentation last week they noted that there was more info to come, which could be the Gold Shovel Knight figure.

Guess what airs tomorrow? A Nintendo Direct. It’s entirely possible that Shovel Knight will take up a portion of that presentation, with the potential release date for the long-awaited final King Knight expansion, the amiibo three-pack, and a limited edition Gold Shovel Knight figure. Just as Yacht Club Games has followed in Mega Man‘s footsteps in terms of in-game design influences, so too would they with a gold amiibo for a blue-colored hero.

Finally, this could also be an erroneous posting and by the time the Direct airs tomorrow evening, nothing could come of it. Either way if you’re a serious collector, you probably want to put down the token $5 on the pre-order just in case.