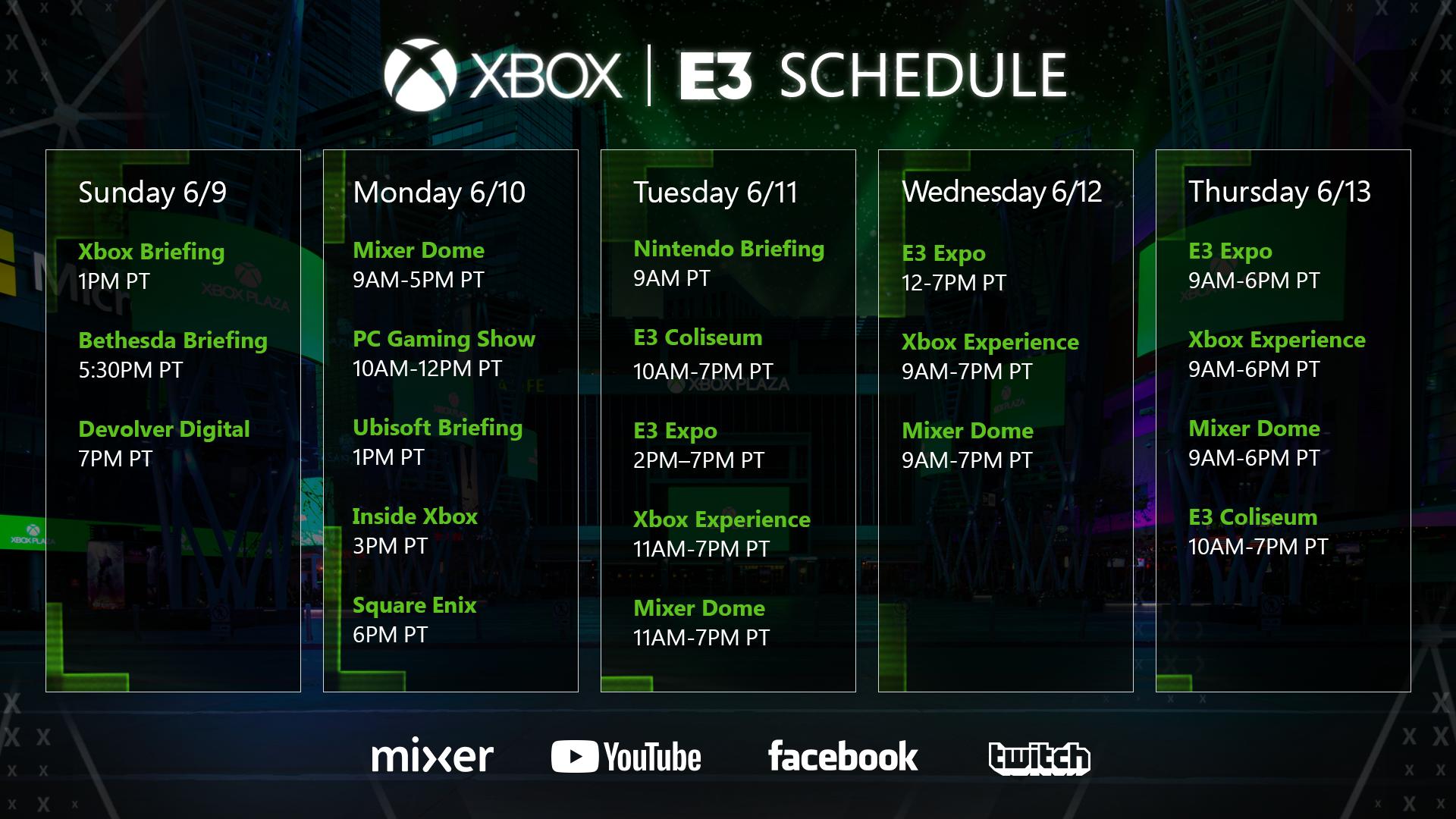 So Microsoft is fully pulling back the curtain on their E3 plans today. Yep, their Xbox briefing is very soon, yes, that makes sense. And sure, the Bethesda conference later tonight will probably have Xbox One games in it, absolutely: same with Devolver Digital. And Monday, same goes for the PC gaming Show, Ubisoft conference, and the Square Enix Live showcase.

But wait: what’s this on Tuesday…Nintendo? Um that’s a horse of a different color.

Yes, Microsoft has urged its fans to watch the Nintendo Direct conference this Tuesday at 12PM ET. The two publishers have cozied up quite nicely with their “Play Together” campaign, uniting against Sony (which seems to have worked, as Sony is now allowing full cross-play for specific games like Fortnite, Dauntless, Call of Duty: Modern Warfare, and in the case of Destiny 2, cross-save), and the Rare elephant in the room has been obvious for some time.

Will we see an Xbox One and Switch Banjo Kazooie game? Or perhaps it’s a bit more innocuous than that: a Banjo appearance in Super Smash Bros. Ultimate (or some other Microsoft character, as Steve from Minecraft has been rumored for some time). I’d put a lot of money on the latter. After all, Sakurai says the Smash DLC reveal is coming on Tuesday.

Either way, Nintendo’s conference just got more exciting in an instant.

Hereâ€™s where you need to be for #XboxE3. pic.twitter.com/1z0PYXpQ4x