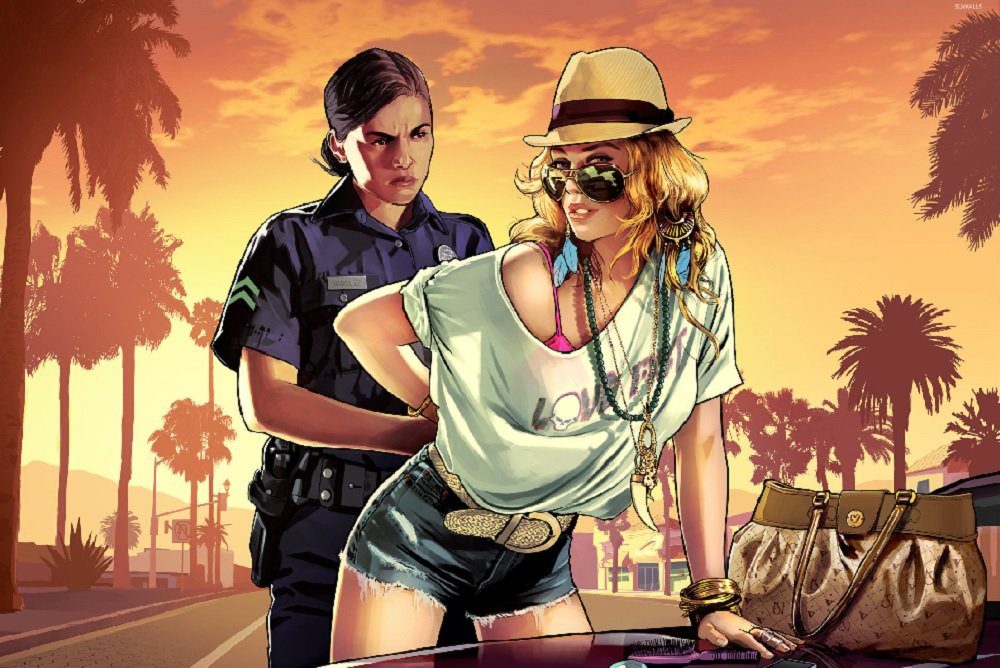 [Update: Epic Games Store’s new free game is indeed Grand Theft Auto V. It can be picked up gratis on EGS between now and May 21. Two-Factor Authentication is required. Also of note, the store is currently seeing insane demand, so it might be best to hold off for a few hours if you’re grabbing it. Incidentally a new sale is now live in-store.]

In a blink-and-you-missed-it tweet, Epic Game Store revealed that its next free game is none other than Rockstar’s magnum opus, and one of the best-selling video games of all-time, Grand Theft Auto V.

The digital storefront announced the giveaway on Twitter, before swiftly rescinding the tweet. The internet moves fast, however, and bargain-hunter @Wario64 has already snapped the image for posterity. According to the original tweet, EGS will be giving away GTA V to all customers from today through May 21. Quite a coup considering the open-world crime sim’s staying power, which has seen it sell an amazing 120 million copies since its 2013 launch.

In similarly rumoured news, Redditor Chandigarhian found evidence that CD Projekt RED’s racy RPG The Witcher 3: Wild Hunt might also be in line for the EGS free game treatment, having discovered an advert lurking within the storefront’s database. Whether The Witcher 3 has been made a last-minute replacement for Grand Theft Auto V, or vice versa, remains to be seen. Either way, we will update you when Epic openly confirms its plans.

Tweet ad is deleted, so here you go pic.twitter.com/3oja0C3418