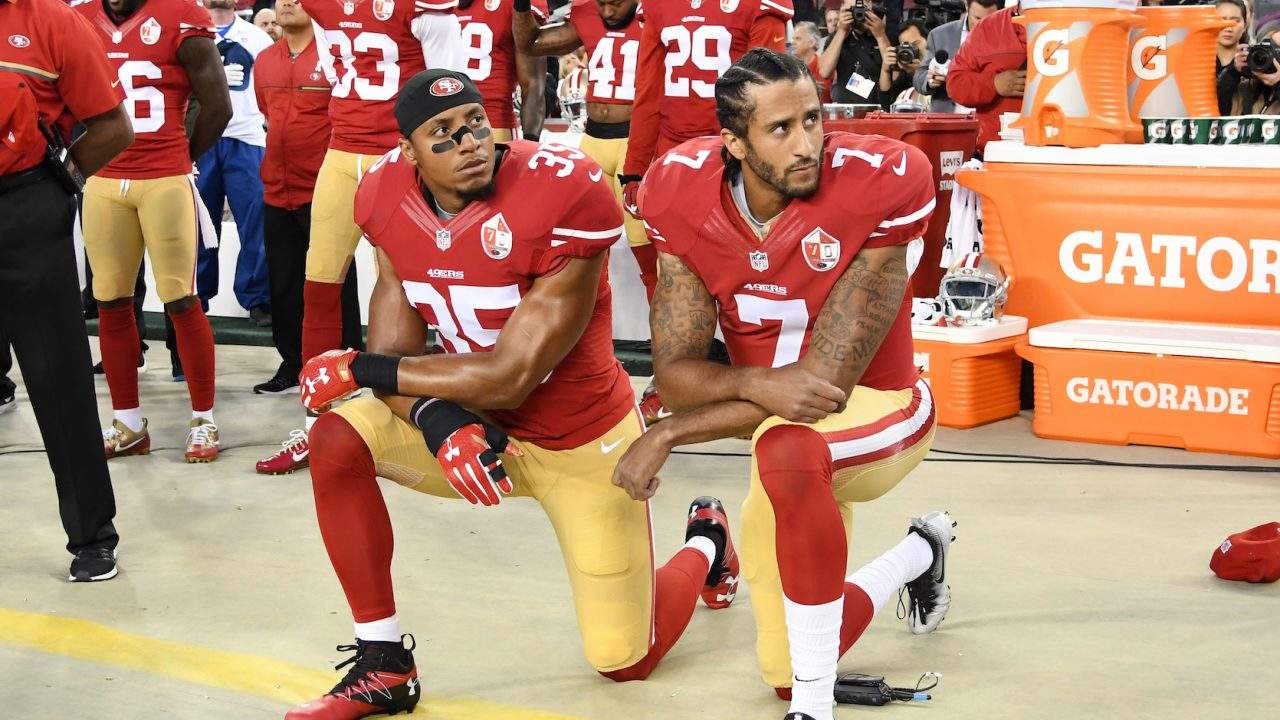 As if it were profane

[Update: EA Sports has issued a statement saying that it erred in censoring Colin Kaepernick’s mention from “Big Banks.” According to the developer, it didn’t have permission to use Kaepernick’s likeness in the game (apparently because he’s no longer a member of the NFL Players Association) and EA Sports mistakenly thought it wasn’t allowed to use his name in a song either. Kaepernick’s name will be edited back into “Big Banks” in an August 6 patch that will arrive before Madden 19 launches on consoles.

“We made an unfortunate mistake with our Madden NFL soundtrack. Members of our team misunderstood the fact that while we don’t have rights to include Colin Kaepernick in the game, this doesn’t affect soundtracks. We messed up, and the edit should never have happened. We will make it right, with an update to Madden NFL 19 on August 6 that will include the reference again. We meant no disrespect, and we apologize to Colin, to YG and Big Sean, to the NFL, to all of their fans and our players for this mistake.”]

EA Sports has a history of scrubbing profane lyrics from its games’ soundtracks and only presenting the squeaky clean versions. With Madden 19, it takes things a bit further by editing out a simple name drop of a politically polarizing figure.

Colin Kaepernick is the former San Francisco 49ers quarterback who sparked the trend of professional athletes kneeling during the national anthem to protest racial injustices in America. He essentially sacrificed his career for it. It left him without a job, seemingly blackballed by all NFL teams.

It also cost him a mention on a Madden 19 track. As seen in the video below, Kaepernick’s name is cut from Big Sean’s verse on the song “Big Bank.” The lyric should be “Feed me to the wolves, now I lead the pack and shit, you boys all cap, I’m more Colin Kaepernick, I’m rare as affordable health care (oh God).”

bad enough @Kaepernick7 still not signed, but now they even edit his name out in this year’s @EAMaddenNFL during @BigSean verse, smh pic.twitter.com/3nvkB26z5r

Also worth noting is that “Big Bank” debuted in late May as the lead single off rapper YG’s upcoming album Stay Dangerous. EA Sports revealed the Madden 19 soundtrack on July 25. That’s two full months where EA could’ve quietly pulled the track rather than releasing a version where Kaepernick’s name is treated as profane and inappropriate for children.

Instead, it’s highly likely that EA faced late pressure from the NFL and/or its sponsors to eliminate the mention of Kaepernick. This particular partnership is lucrative enough that we’ll never hear EA speak ill of the NFL because Madden is a goldmine. So, this type of cowardly kowtowing shouldn’t really be that surprising at all. Embarrassing, but not surprising.