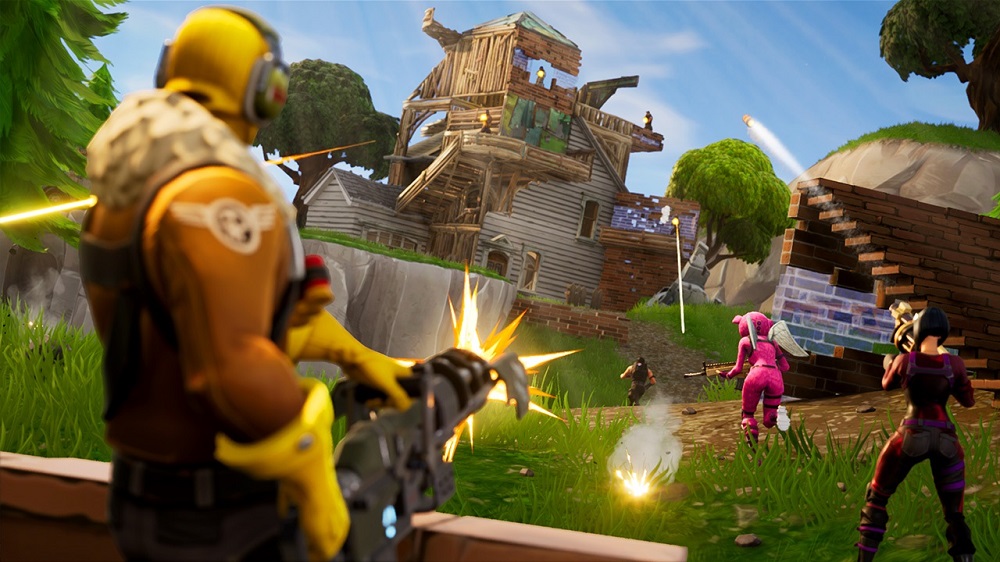 All that’s missing is Alan Partridge on commentary

[Update: In a statement to Eurogamer, a spokesperson for Epic Games has announced that the publisher has begun legal proceedings against Fortnite Live organisers Exciting Events.

“The quality of our player experience is incredibly important to us, whether it’s inside the game or at official public events like last year’s Fortnite Pro-Am,” said the statement. “Epic Games was not in any way associated with the event that took place in Norwich and we’ve issued a claim against the organisers in the High Court of London.”]

An unofficial Fortnite event, held at the Norfolk Showgrounds in Norwich, England, turned out to be a half-arse disaster. Some 2000+ tickets, which included £20 “Unlimited Access” wristbands, had been sold for “Fortnite Live,” an event which clearly had zero official licensing or input from publisher Epic Games.

According to reports from the event and photos from visitor Justine Petersen, Fortnite Live turned out to be an affair akin to a school fete, featuring a handful of shitty fairground attractions. These included a “Cave Experience,” which was just tarpaulin taped over a lorry trailer, the world’s saddest archery range, an inflatable llama, four go-karts, and an area where you could access the free-to-play game itself, although you had to pay for it. Despite the lack of entertainment on offer, entrance queues reportedly took up to two hours, with the event seriously understaffed.

Refunds were made available to wristband holders on the day, though tellingly the Fortnite Live Facebook page has mysteriously vanished. Brits well versed in comedy are immediately reminded of the Craggy Island fair – complete with Spinning Cat attraction – from TV show Father Ted. As well as the “Family Fun Day” from Peter Kay’s Phoenix Nights, which featured a funhouse made out of a portable toilet.

Unfortunately, behind the riotous comedy of Fortnite Live is a lot of disappointment, as well as wasted time and money, from the kids and families who attended. Hopefully, everyone is able to be reimbursed and stronger efforts will be made to prevent gross, knock-off events like this from taking place in future.

“Fortnite is all about hunting people down and killing them,” said one woman, speaking to The Guardian. “I felt like doing that to the people who organised it.”