Screenshots be damned, this game is still kind of ugly

[Update: There may be a bit of miscommunication on this PlayStation Vita information. During my hands-on session with Bloodstained, there was a quick slide of information detailing the different editions. On that slide, it listed Vita as digital only. Before publishing the story and going with this headline that’s now causing me a headache, I double-checked this information with the PR representative I spoke with before and after my hands-on. He confirmed, succinctly, that Vita was digital only.

After this story went up, representatives from Bloodstained left a comment below saying they are still trying how to make Vita copies for backers work given that Sony is ending physical media production for the platform in the West. On Twitter, Fangamer — the company tasked with filling backer rewards — said it had not heard of a digital-only announcement. @SwordOrWhip also responded, saying it looked like some wires got crossed.

I have reached out to the PR representative once again to clarify if the digital-only releases for the Vita and PC platforms relate only to the 505 Games published retail release of the title and not to the copies promised to Kickstarter backers. I apologize for any confusion this might have caused and will update the story when all of this is settled.]

Bloodstained: Ritual of the Night sits in a weird place for me. I am a backer of the Kickstarter campaign, having contributed after it hit the Wii U stretch goal. Now I’m set for it on Switch. As a backer, I have been given access to demos released by the developers as progress has been made. Because I am a Mac owner, I haven’t been able to play any of them. So this E3 was my first hands-on with a game I helped fund more than three years ago.

I wanted to walk out of my presentation smiling, brimming with zeal as I prepared to tell you all about how much I love the game. I can’t do that. As excited as I am for the final product, I’m still quite concerned with how everything might turn out. 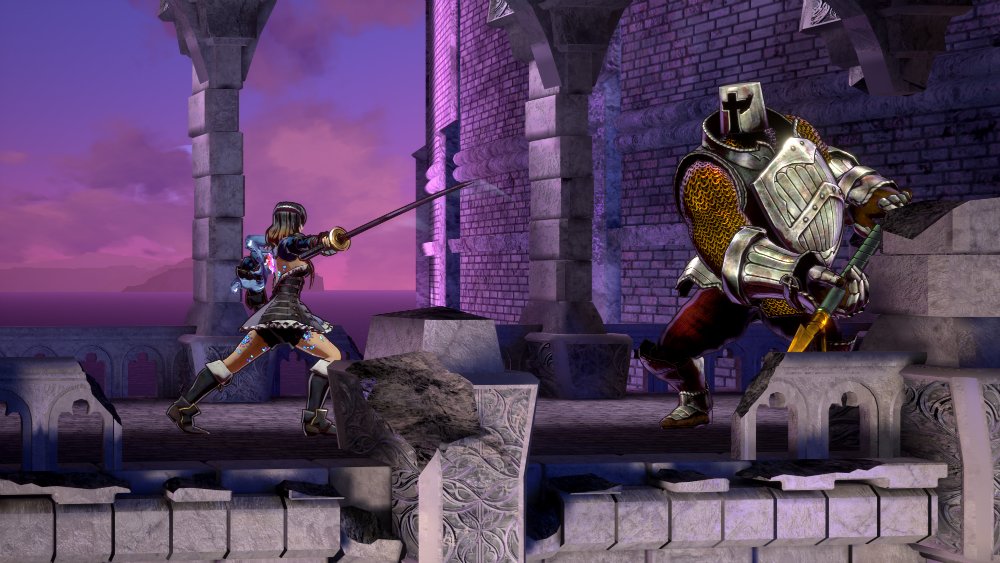 My E3 demo pushed me into the action right away. Controlling Miriam a bit further into her journey, I started with a massive boss battle against a bare-breasted sea wench that gave me my first taste of the combat. Like Castlevania games, Miriam is a bit slow in movement and her attacks are simple. There are no elegant combos to attempt here — at least from what I played — only one-hit attacks with the bevy of weapons at my disposal.

Each weapon has its pros and cons. The whip and claymore provide a wide range of attack but are weak and slow respectively. Her spear and gun are able to deal small hits of damage quickly, but can only attack in one direction. I ended up sticking with her kick attacks for my first battle against the boss, dealing most of the damage with her shards, which are magic attacks gained by defeating enemies.

There are a few different types of shards that can be equipped, each with their own pros and cons. I was able to use trigger shards, which activate with a simple press of the button, and directional shards, which can be aimed to hit enemies on high. Direction shards were key in my victory over the sea wench, which truth be told, was not all that interesting of a fight. 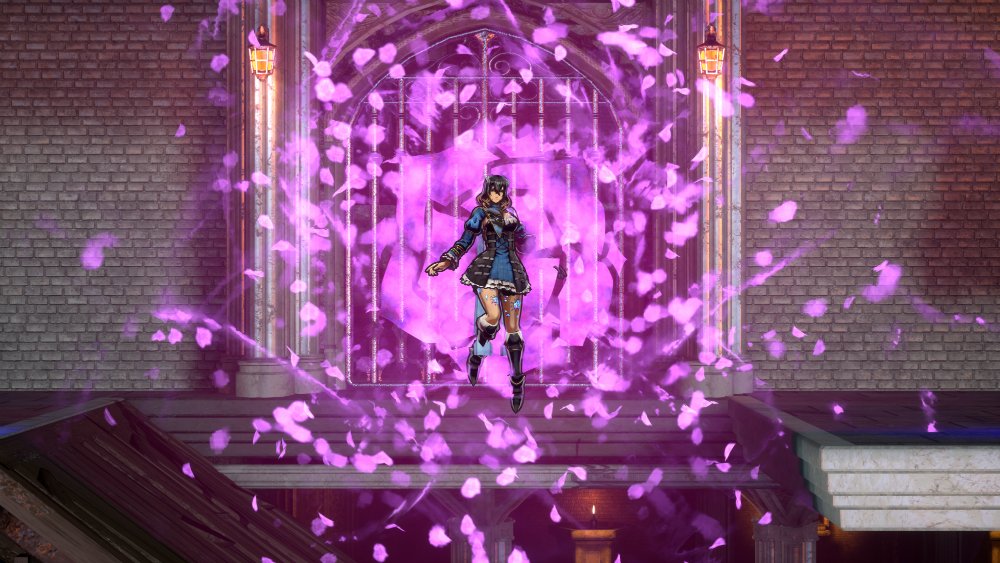 The combat closely hues to the original metroidvania titles Igarashi blessed us with for so many years. It feels familiar, but it’s also a bit off. Bloodstained isn’t a fast-paced action title. It’s more methodical. With pixel graphics of those previous games, everything looked fine. Here, her movement doesn’t exactly sit right with me. It’s fluid, but a thick fluid like molasses.

I can get past that — it’s not the biggest deal — but throughout my demo I couldn’t get over how ugly everything looked. Bloodstained attempts an appropriate gothic horror setting with old, torn-down villages, massive castles, and blood-curdling depths; it just doesn’t succeed in any of them very well. The main castle and town seem to be a hodgepodge of assets, never quite blending in the way I’d hope they would. Backgrounds are barren, and I’m not quite feeling all of the enemy designs. This is especially true of the sea monster boss.

There is still a way to go until release. Publisher 505 Games hasn’t announced a launch date yet, which might be enough to give IGA and team enough time to pretty everything up. From what I’ve played, I remain hopeful, but this demo isn’t exactly a confidence booster. Bloodstained: Ritual of the Night is scheduled for release on Xbox One, PlayStation 4, and Switch both digitally and physically, while its PC and Vita ports will be digital only.