What stays and what goes

It’s easy to track life by the places you’ve lived. Wherever you call home becomes a flag you can plant, and when it comes time to go somewhere else, that means looking around and seeing what stays and what goes. That’s the kind of feeling I got from Unpacking.

Developed by Witch Beam, Unpacking is a puzzle game, and also a decoration or sorting game. The demo, available as part of the Steam Next Fest, took place in two different time periods, as we—the player—unpack and arrange someone’s room as they’re moving into a new place.

In the first scene, it’s a single room; a child’s room, complete with a lofted bed with a desk underneath and plenty of space for toys, books, and games. Stuffed animals and cheery posters line the boxes. A Game Boy look-alike helps place the room in its era of 1997, as shown in Unpacking‘s trailer.

One of the smart things Unpacking does is have you take each object out of a moving box one at a time, without being able to look inside or choose from a list. Every time you reach in, you uncover some new aspect of this person’s life. They have a few different kinds of toys, ponies, and action figures, the kind you’d expect any kid to have. But there’s also a notable amount of arts and craft supplies, hinting at a predisposition for creativity.

It’s a solid start, and I spent a good amount of time arranging toys on the shelves and getting everything into its “right” place. Aside from a few specific items that you need to place in the right area, you have freedom to arrange the room as you see fit. Does the boombox go on the shelves, or next to the window? Where should all the books sit, and is there one you’d like to leave more accessible than another? 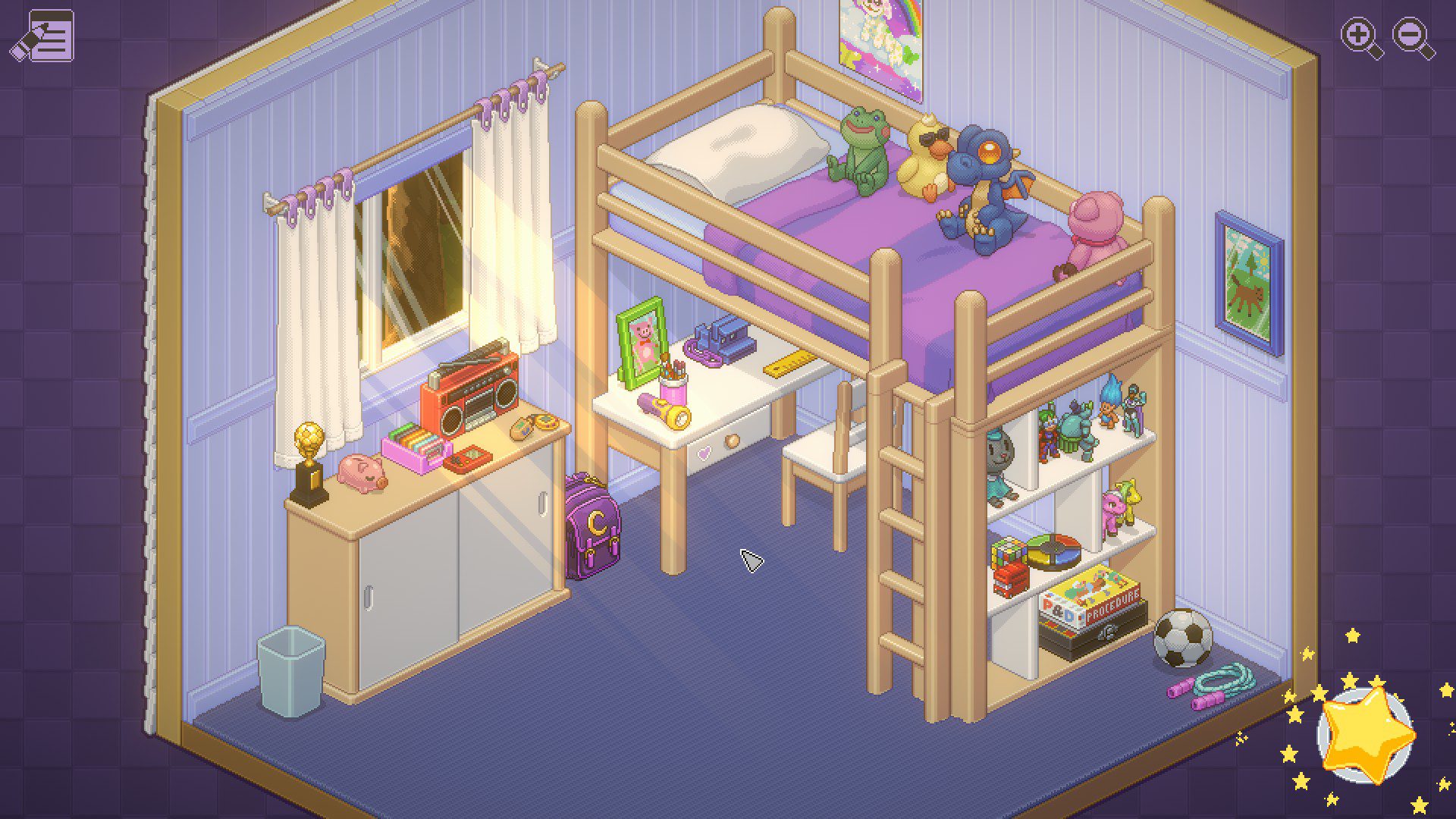 The novelty was apparent in Unpacking‘s first room, but it really landed in the second of the demo’s scenes. We jump forward seven years, and it’s 2004. There are three rooms to unpack boxes in now, in what is clearly a dorm or apartment setting.

It isn’t all toys and games now. There’s a bathroom and kitchen to stock up, things the kid never had to care about. And you can tell there wasn’t practice in the packing, as random items like a toothbrush or a keyboard end up in boxes where they shouldn’t have been. Clothes need to be neatly sorted and put away, and I laughed out loud when I realized I’d have to rearrange the entire closet after finding more clothes in another box. This is where the one-at-a-time pull works so well, as every time you reach into the box, there’s a surprise that might up-end your carefully laid plans.

It also gives you time to reflect on every item that comes out of the box, and what that says about the person whose possessions you’re now unpacking and sorting for the second time. You get to see which stuffed animals and toys remain as sentimental keepsakes, and which ones didn’t. You can see how their interests evolved, with higher quality art materials rather than crayons. I smiled when I reached into a box and grabbed a familiar stuffed pig out of a box, one that clearly still had value to the person who packed it. 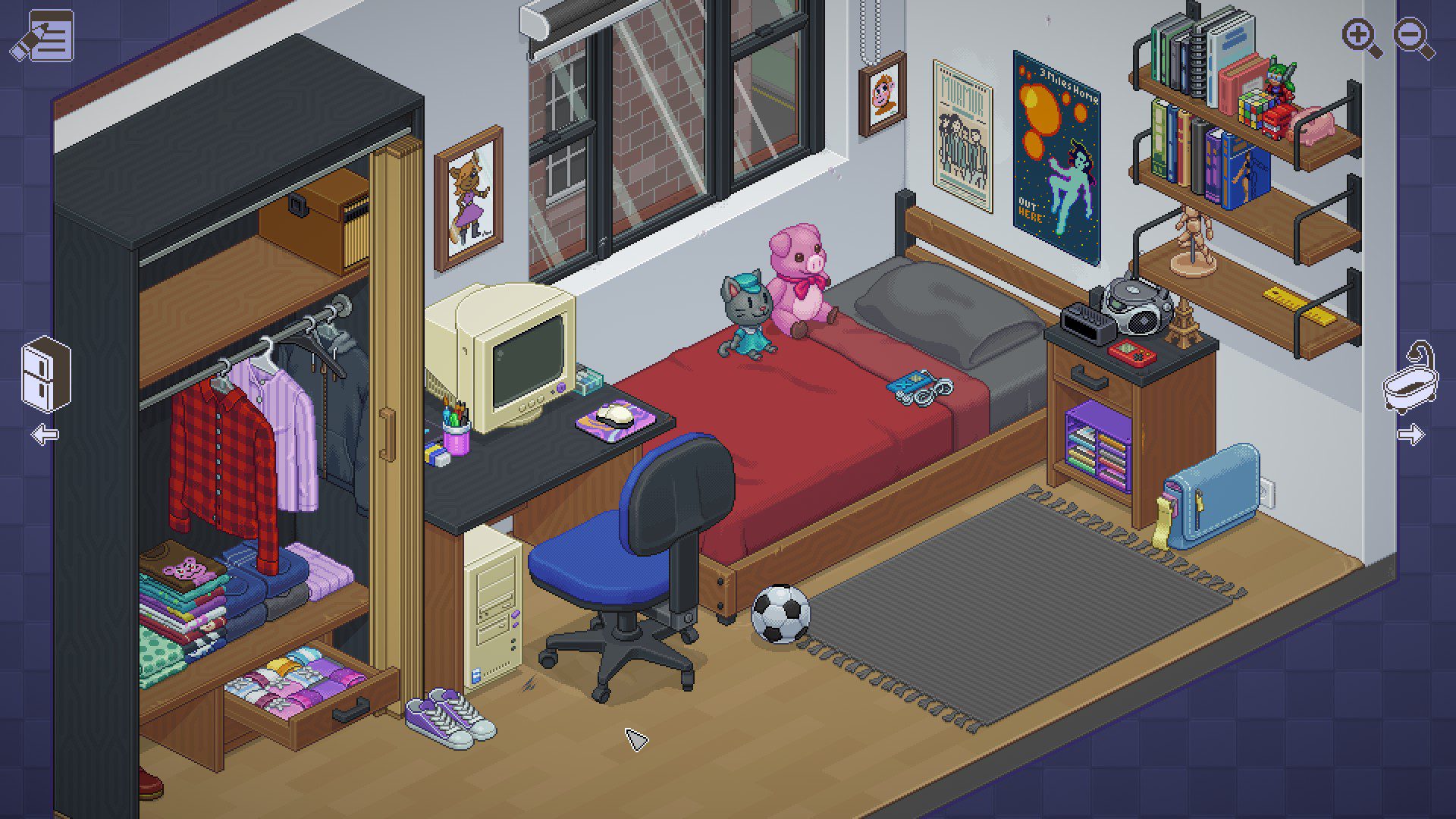 Unpacking‘s demo was only these two scenes, but it was an incredibly effective one-two punch. On its own, Unpacking is an enjoyable sorting sim, with a gorgeous art style and fun to be found in carefully arranging a room to make it visually appealing. It even sparks fun little discussions and trains of thought about where someone prefers to place their jeans in a closet, or where they like to put their cups versus their bowls and plates.

The undercurrent of Unpacking is getting to intimately examine a person’s life in the things they keep and carry with them. Moving usually isn’t just an arbitrary event, but a signal of a larger shift in someone’s life. Unpacking‘s demo shows a drastic difference in time, moving from dependence to independence, and from childhood into the broader world, and that’s all reflected in the items you have to pick up and place down. 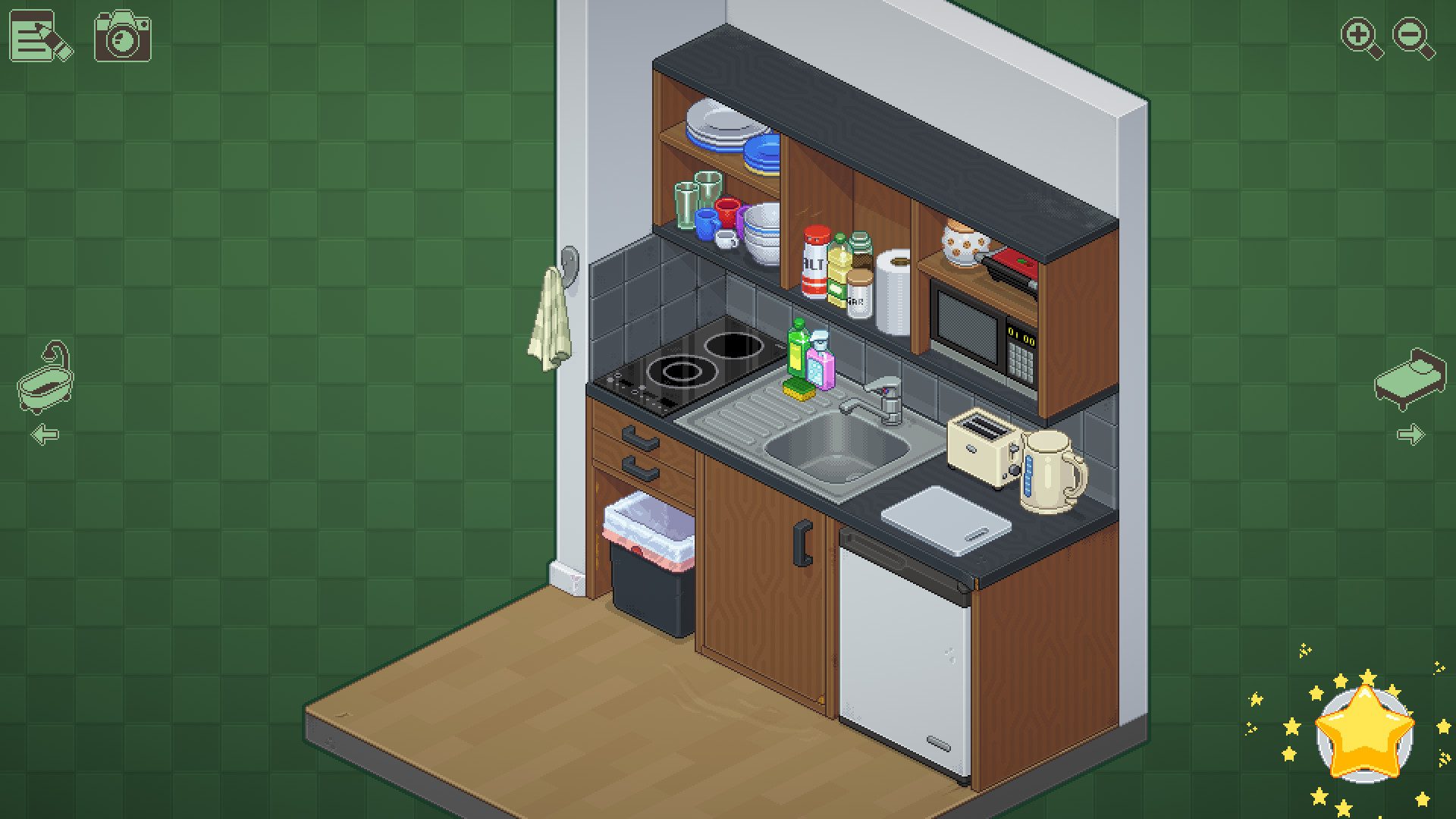 The idea of this stretching out across an entire narrative—telling the story of someone’s life as they move to every new home—seems like it has some serious potential for emotionally devastating me. Much like in Gone Home or What Remains of Edith Finch, the physicality of objects can carry a surprising amount of narrative weight, and telling a story without words, but instead with keepsakes and commodities, could be really incredible.

As for this demo, the core concept of Unpacking already has its hooks in me. Witch Beam’s sorting-puzzle game looks like it could be one to watch for, as the team works towards a PC launch sometime in 2021. You can find Unpacking‘s Steam page here.