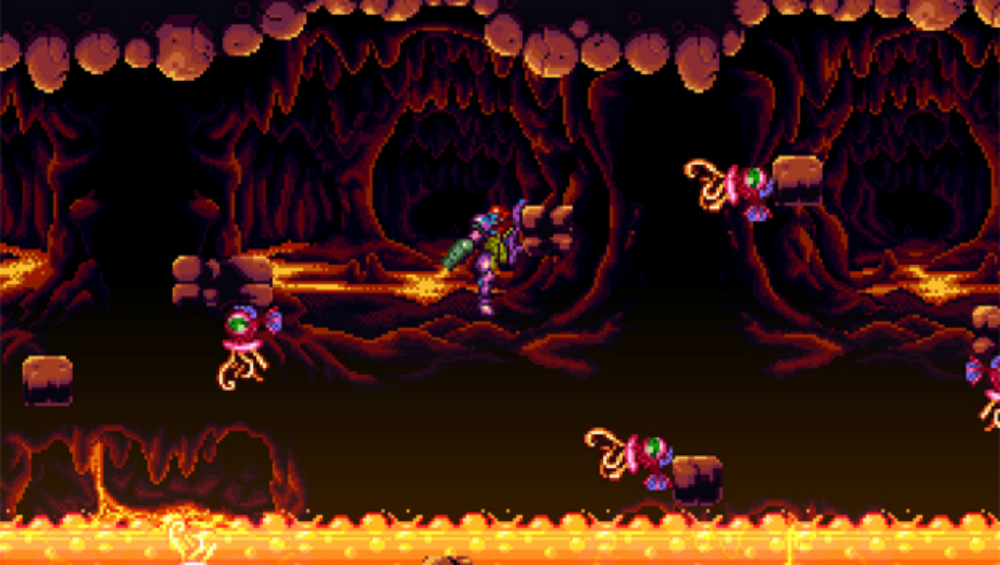 What a great fan effort

So uh, if you’re willing to dig, you can locate a new v1.1 update for AM2R — that Metroid II fan remake that was immediately hit with a takedown from Nintendo within 24 hours of its release.

It fixes some bugs like the gravity suit not being rendered, as well as translation issues, and now there’s a transportation pipe to the final area. If you so choose, you can freely edit the english.ini file to assist with translation efforts.

The creator seems to be working through various sources to get the word out there, since their official site was effectively carpet-bombed by Nintendo. It’s especially sad in this case because Metroid has been so neglected, though Milton ‘DoctorM64″ Guasti, the founder of the project, bears no ill-will towards the Big N for this.