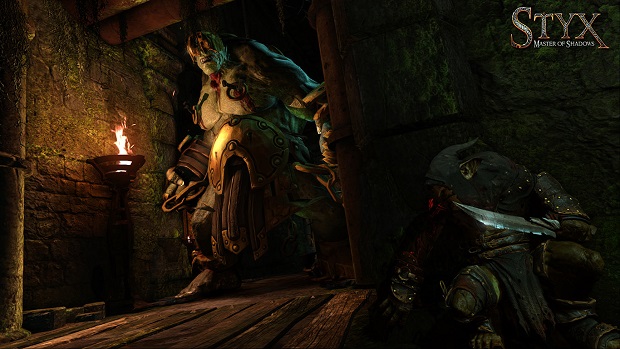 Who knew that throwing up would create so many strategic opportunities?

In the latest skills-focused trailer for Styx: Master of Shadows, Cyanide Studios sheds some light on the clone-barfing ability we mentioned back in July.

Your clone is one of four Amber-fueled powers that you will be using to ascend the Tower of Akenash. As you can see in the video, by creating a clone, Styx opens up new tactical and strategic opportunities such as the ability to lure guards into desired locations, blinding your targets, distraction, and setting living death-traps for unsuspecting victims.

You will need to act fast, though. Your clones aren’t stable and will deteriorate quickly before imploding. Another thing to keep in mind is that your Amber-based skills will come at a cost and the Amber to use them is a scarce commodity as you make your way up the tower.

As we approach its release next month, my interest in the title is really starting to pick up momentum. I typically don’t gravitate towards stealth-based gameplay, but something about the dark fantasy world of Master of Shadows makes me think that I’ll be giving it a shot as I did with Dishonored.

Styx: Master of Shadows launches on the PC, PS4 and Xbox One this October. If you’re interested in pre-ordering the game, the studio is currently knocking off 20% on the Steam version.