Following our controller episode of RetroforceGO!, I have received a surprising number of emails and messages regarding the Xbox 360 Dpad and the countless mods, DIY fixes, and third-party alternatives that exist to solve the problem. Shockingly enough, I’ve even heard from a few slobbering brain cancer victims who find nothing wrong with it.

Given the amount of feedback on this issue, I thought I’d take some time to address it further. Bear in mind that what you’re about to read is not whining. Perhaps you mistake me for the average review reader. Instead, what lies after the jump is a wholly dissatisfied consumer — someone who knows as much about gaming hardware as a good mechanic knows about internal combustion engines — pointing a finger in the face of the big M and saying, “You f*cked up.”

To understand what makes this component of the 360 controller so thoroughly useless, one needs to have some basic knowledge of how a controller works. I’m not going to go too far in depth on that, because you don’t want to read a long post, and chances are you don’t really care anyway. Go here if you’re really interested.

To keep it simple, let’s suffice it to say that most Dpads, as well as most controller buttons in general, pretty much work on the same principle. Push the button, complete the circuit, things happen on your TV screen. This is almost always achieved in the same manner: 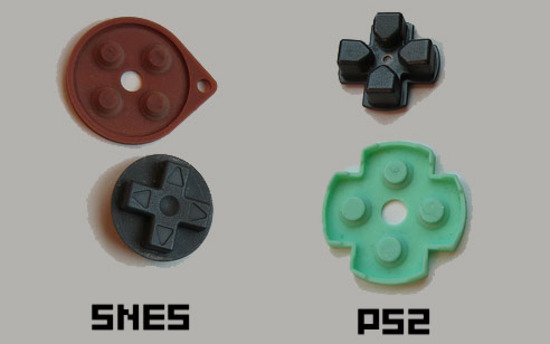 Trust me, I’ve seen the inside of just about every controller you could name, and they’re all more or less the same in this respect. Push the button, button pushes down rubber membrane with metal disc in it, life goes on. This rubber membrane is also what makes the button pop back up after you’ve pressed it. It’s not exactly fascinating. The membrane is your Dpad, and the button is really only there to make it durable, pretty, etc.

Want to see how the 360 Dpad is different? 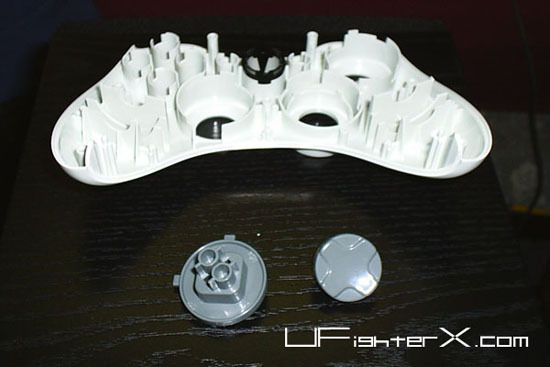 Um … excuse me, WTF R U doin? What’s this supposed to be? Instead of the button contacting the membrane directly, you’ve given us this barbell-type thing, essentially a middleman between our thumb and the circuitboard? Again, dear reader, I’m not going to bore you with the details. When you chuck your 360 controller across the room in frustration while trying to play something that uses the Dpad, you can peek inside its shattered remains and see for yourself. 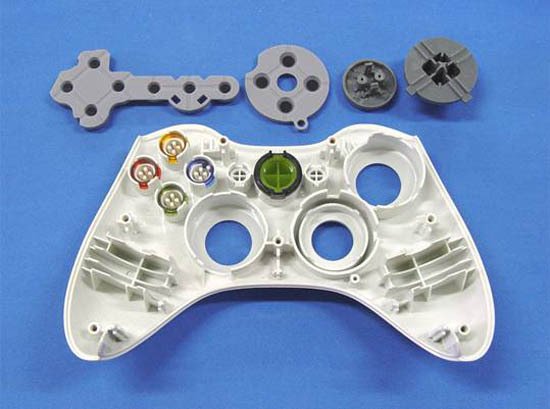 Form should follow function, Microsoft. I don’t care how nice you think it looks; if it doesn’t work, then what’s the point? Your engineering department needs some serious help. Feel free to fax me a job application. Better yet, maybe you should just fly me in for a visit so I can slap a few people around for a while.

However, despite the evidence, some people still make attempts to defend this abomination against God and gamer. They set the Internet ablaze, blinded by their fanboyism, with arguments like:

“It’s not that bad. Mine works just fine.”
Really? Tell us where you got it, because it’s obviously not the same model that came with the other 99.997% of Xbox 360s on the market. You must know where to buy this special “doesn’t suck” package.

“It’s easy to fix. There are a bunch of simple mods you can do.”
I know. Everybody knows. If you Google “360 controller fix,” you’ll find 307,000 results. Why do you think that might be? Maybe because sensible people are all in agreement that it’s a miserable piece of shit?

“Nobody really uses Dpads anymore anyway.”
Wow. Do you really only play a couple different kinds of games?  Sure, I guess if I were content with nothing but Geometry Wars and [insert FPS] for the rest of my life, I wouldn’t care, either. However, it just so happens that I like lots of different kinds of games, many of which use a Dpad.

If we’re not supposed to use it, why did Microsoft put it there? If it’s unnecessary, why is there one on every other controller on the market? One that works?

“Just use the analog stick.”
Fuck you. No, no, really. Fuck you. I get that some of you whippersnappers cut your teeth on the N64’s analog stick and don’t really understand why your controller has a plus sign on it, but as long as there are games like Pac-Man CE, Street Fighter, 2D shooters, puzzle games, or anything remotely similar to those games coming out on any system in my console cabinet, the controller damn well better have a Dpad on it.

I don’t eat my cereal with a snow shovel, and I don’t play shmups and puzzle games with an analog stick.

“…But you’re old. Isn’t the analog stick more like an old arcade joystick?“
LOL. No.

“Nintendo owns the patent on the Dpad, so Microsoft couldn’t give it a good one.”
Bullshit. I’m no expert on what Nintendo does or does not hold the rights to, but maybe you should take a look through your controller drawer. See all those Dpads? Yeah, they’re all the same on the inside. Refer to the above picture. That’s basically how it works. Even on the shitty third-party ones. If Nintendo owns that design, they’re sharing it with everyone on the planet but Microsoft.

“Stop bitching and use a third-party controller.”
You know what’s really sad? When the piece of shit, $20, GameStop-brand, no-name knockoff, made-in-Taiwan-and-sold-on-Canal-Street controller works ten times better than the one that came with your $400 system. Where is your god now? 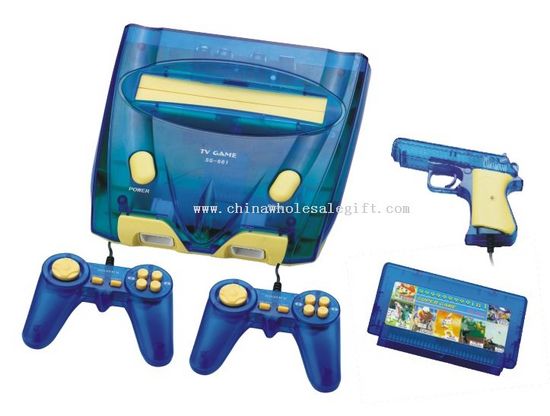 It’s sad that the controller I believe to otherwise be the best in history can’t be used to play some of my favorite games. That Dpad is useless. You know it, I know it, and Microsoft knows it. So what do we do? Hope for a revision like we got with the original Xbox controller? Write them angry letters? Scream at the TV until our throats fall numb every time we lose a round of Puzzle Fighter for lack of decent control over the pieces?

I’m going to make fun of it in a post on Destructoid, that’s what I’m gonna do. Talk shit about it on my podcast and hope someone at Microsoft hears me. Chances are they won’t, but in the unlikely case that they do, I would encourage them to write me at topher-at-destructoid-dot-com and explain their fuckuppery once and for all.

So what’s it going to be, Microsoft? Nintendo replaced countless Wiimote straps even though there was nothing wrong with them. Sony put rumble in the Sixaxis. It’s your turn, fuckers. Hop to.