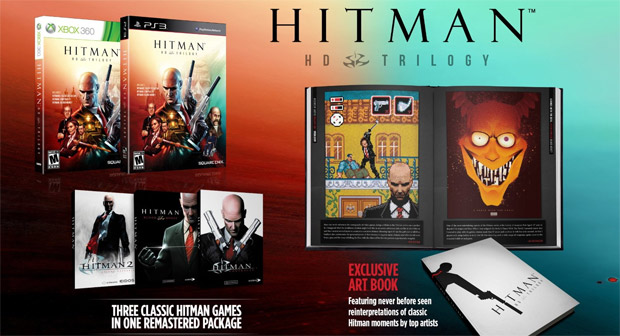 Would you pay $40 for three Hitman games?

Score one for consolidated shelf space. A listing for Hitman Trilogy HD, a compilation which sounds innevitable but has yet to be announced by Square Enix, has been spotted on Amazon. It’s even complete with a promotional image that shows the package’s contents: Hitman Contracts, Hitman 2: Silent Assassin, and Hitman: Blood Money.

In addition to these three titles, there’s a slick-looking art book featuring 22 reinterpretations of “classic moments” included with the first run of Hitman Trilogy HD. The right-hand page shown looks pretty neat! Amazon has the game listed for January 29, 2013, but that might not necessarily be the date that sticks.

Now that Hitman Absolution is out, I’d imagine the series has garnered some new fans. Boy, they’re in for a surprise should they have played the new installment on one of the easier difficulties.