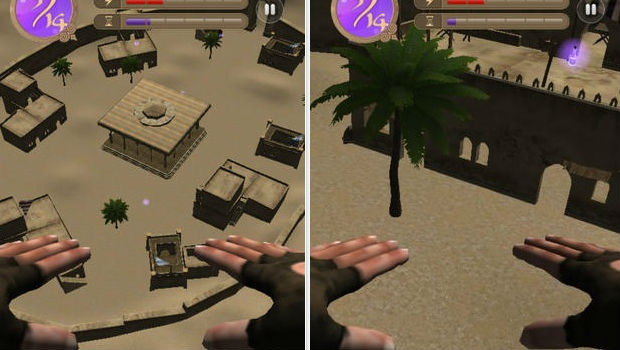 Similar to Epic Citadel, a free new tech demo app has launched to show off what iOS devices can do with the right developmental skills. Billed as a “3D Face and Eye Tracking Flying Game,” this demo basically allows you to fly around (admittedly, without a carpet — but it feels like it!) and collect potions to, well, keep flying.

It’s not a fun “game” in the sense that many of you will probably get bored quickly, but as a piece of tech, Umoove actually works, and I found the tracking to be pretty spot on. They aim to get their “EyeSDK” and “FaceSDK” into more apps. The developers state that Umoove is “only the beginning,” so expect more from them in the future.