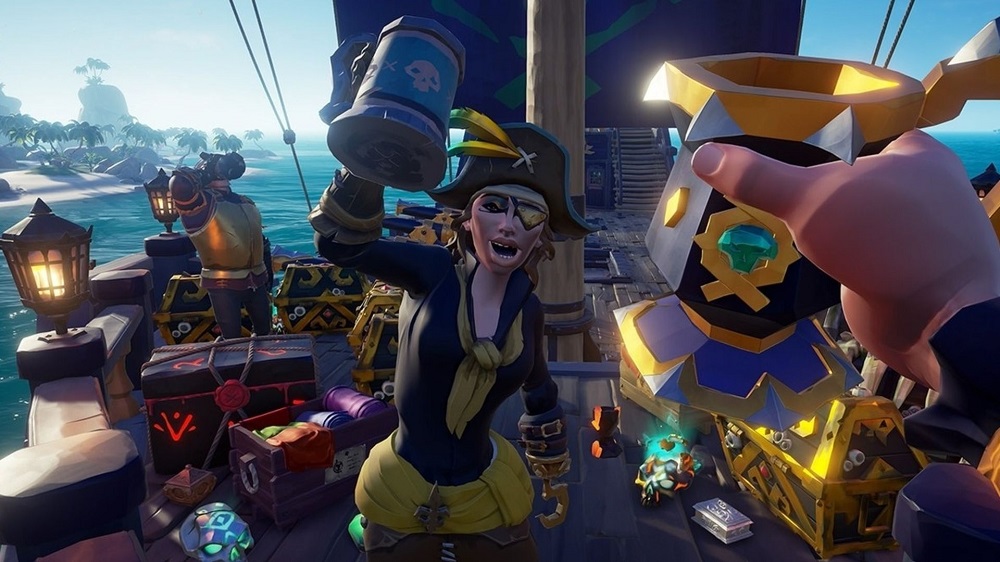 At many high street retailers, shoppers were able to pick up the green-and-black box for less than £150. Many of these hardware bundles contained the two titles in question, and thus both Sea of Thieves and Minecraft have rocketed up the charts from the mid-20s to numbers four and five respectively. The same strategy has also helped Electronic Arts’ FIFA 20 regain the number one spot, as the football title is included in many PS4 hardware deals.

Holiday sales also helped out elsewhere in the charts. As reported by GamesIndustry.biz, Marvel’s Spider-Man saw an almost 700% sales boost, wall-crawling up to number 13, while falling titles such as Death Stranding, Borderlands 3, and Ring Fit Adventure all managed to hoist themselves back up a few rungs.

Meanwhile, Pokemon Sword and Shield, Luigi’s Mansion 3, and Call of Duty: Modern Warfare maintain their strong Top Ten status. Sega’s Shenmue III and Football Manager 2020 have both left the Top 40 entirely after a fortnight, though this is to be expected in both cases, given their niche appeal.