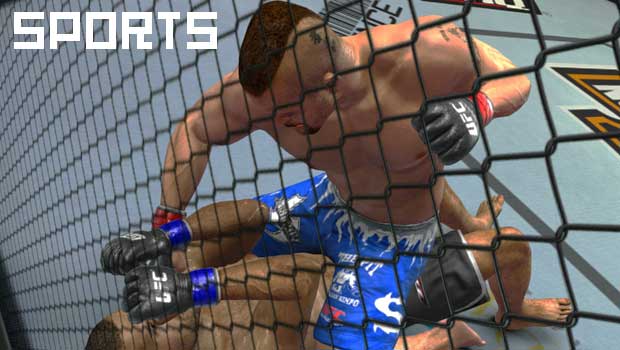 THQ is on a demo rampage today, releasing two demos today — UFC: Undisputed and Red Faction: Guerrilla. Both demos are available now on Xbox LIVE Marketplace, and will appear on the PlayStation Network in today’s update.

The UFC: Undisputed demo features a tutorial mode, along with the ability to sample one match — Chuck “The Iceman” Liddell versus Mauricio “Shogun” Rua. This match-up would be a replay of last weekend’s UFC 97 match in which Rua  hurt Liddell using violence. You can, of course, “change history.”

On the other hand, the Red Faction: Guerrilla allows players to sample one of the game’s missions, and get a taste for the new GeoMod 2.0 technology. You haven’t experienced destruction until you’ve piloted a walker, and swiped the supports out from the structure of a building. Like cuddling with a man on the ground and pounding him in the face with your fists, it’s rather cathartic.

Anyone have a chance to play either demo yet? Let us know what you think.