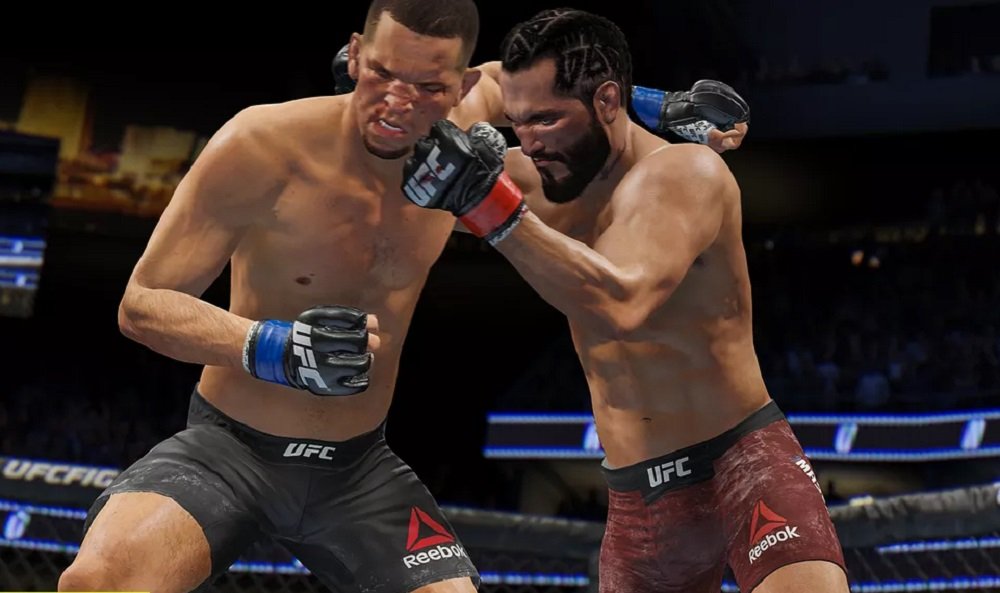 That, my friends, is gonna leave a mark

EA Sports has released a new gameplay trailer for its upcoming MMA simulator UFC 4, which launches on PS4 and Xbox One August 14. The video focuses on new striking, grappling, and submission systems which will help you become the master of the Octagon, or leave you looking at the lights, whichever comes first.

Among the gameplay elements featured in the new video are the Dynamic Striking System which corresponds the strength of strikes to button taps and holds. The clinch game has been overhauled, offering more options for movement, striking and throws when things get up-close-and-personal. Even takedowns themselves have been revamped, and rather than an instant takedown, momentum can be used to carry to the cage, segue into secondary takedowns, or drop your opponent with a wind-busting power slam.

Once on the ground, the fight continues with a new “Ground and Pound” mechanic, offering more choice regarding guard transitions and striking options. Should a fighter choose to go for the tap-out with a choke or joint lock, UFC 4 offers up a new submission mini-game, and also the option to strike your opponent mid-submission, in order to further weaken their resolve.

All of the above carnage will be showcased UFC 4‘s “High Impact Moments” feature, a cinematic mechanic that offers dynamic camera movements, close-ups, and slow-mo highlights for defining strikes, slams, and reversals in the fight. Given the complexities of all of the above, you might be better off just coming in with a Jorge Masvidal flying knee. You can trust me on this, I’ve been a UFC expert ever since that dude showed up wearing one boxing glove.