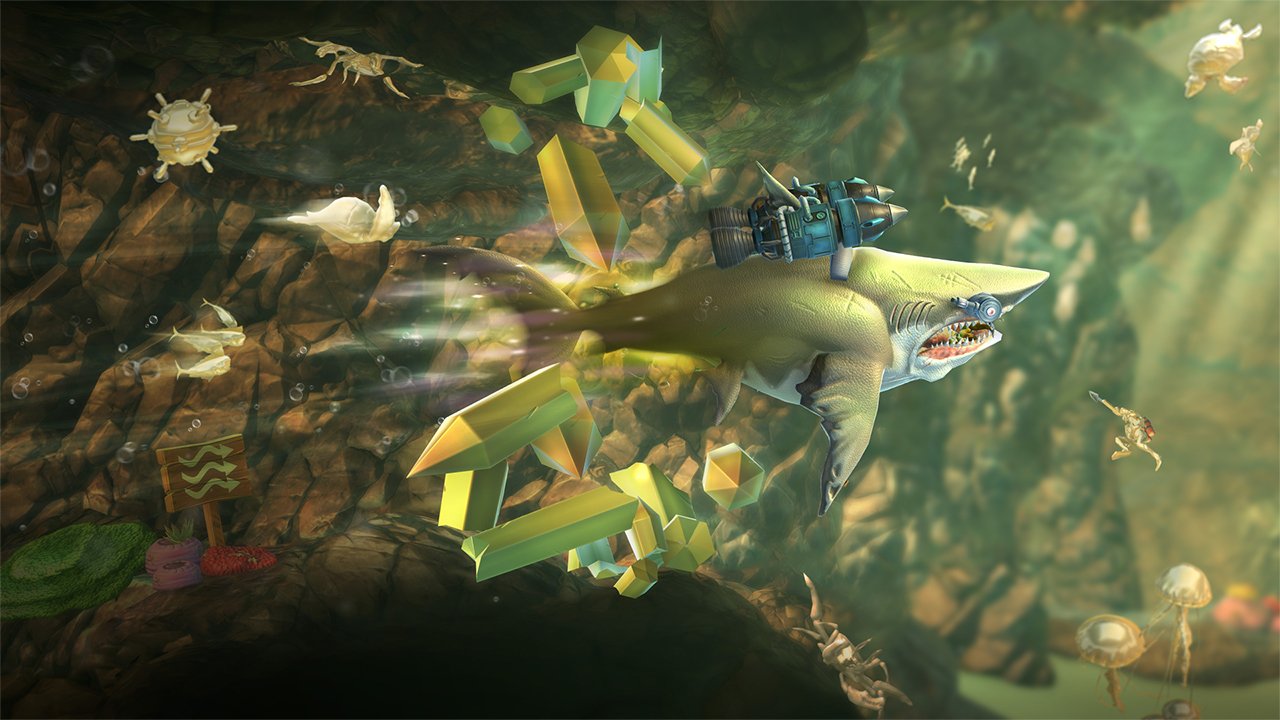 This shark’s headed for a bigger pond. Ubisoft’s Hungry Shark World is releasing on PS4, Switch, and Xbox One on July 17 for $10.

Hungry Shark World originally launched on mobile in May 2016. After amassing more than 500 million downloads on iOS and Android, it’s moving on to consoles.

It’s a chomp chomp romp as Hungry Shark World makes liberal use of the seafood diet. You see food, you eat food. You eat seafood. The whole game’s about getting more fearsome sharks by devouring enough little fishies. This isn’t all just feasting on the unassuming. There are also boss battles that against the likes of giant squids and “prehistoric predators.”  All this takes place across more than 250 different missions and 4 worlds, and there are 25 progressively-more-dangerous sharks to play as.

The timing of this port isn’t lost on us, either. Hungry Shark World releases less than a week before Discovery Channel’s Shark Week begins on July 22.