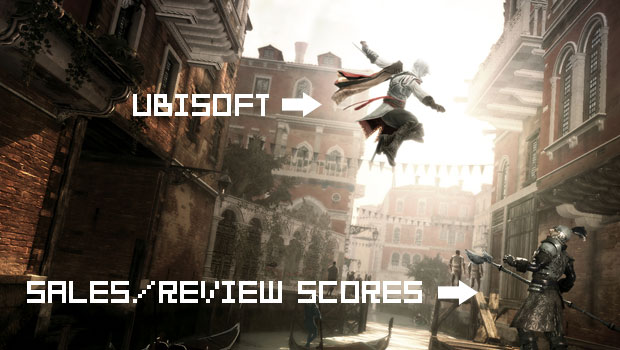 Publisher Ubisoft is pleased with the reception to Assassin’s Creed II, so much that its issued a press release to remind us.

According to the publisher, the title has sold through 1.6 million units if its own internal estimates are to be believed. That’s 32% up from the first week sales of the original, which apparently remains the fastest selling new IP ever in the United States.

Reviews are also positive, with the aggregated Metacritic scores pointing to “Universal Acclaim.” I went out and picked up a copy of the game last week, and have been (mostly) enjoying it so far, despite some issue (i.e. why does Lucy look like that now?).

Of course, this isn’t a review — Jim Sterling will have his full write-up shortly. In the meantime, let us know what you think of Assassin’s Creed II, but no spoilers, kids.