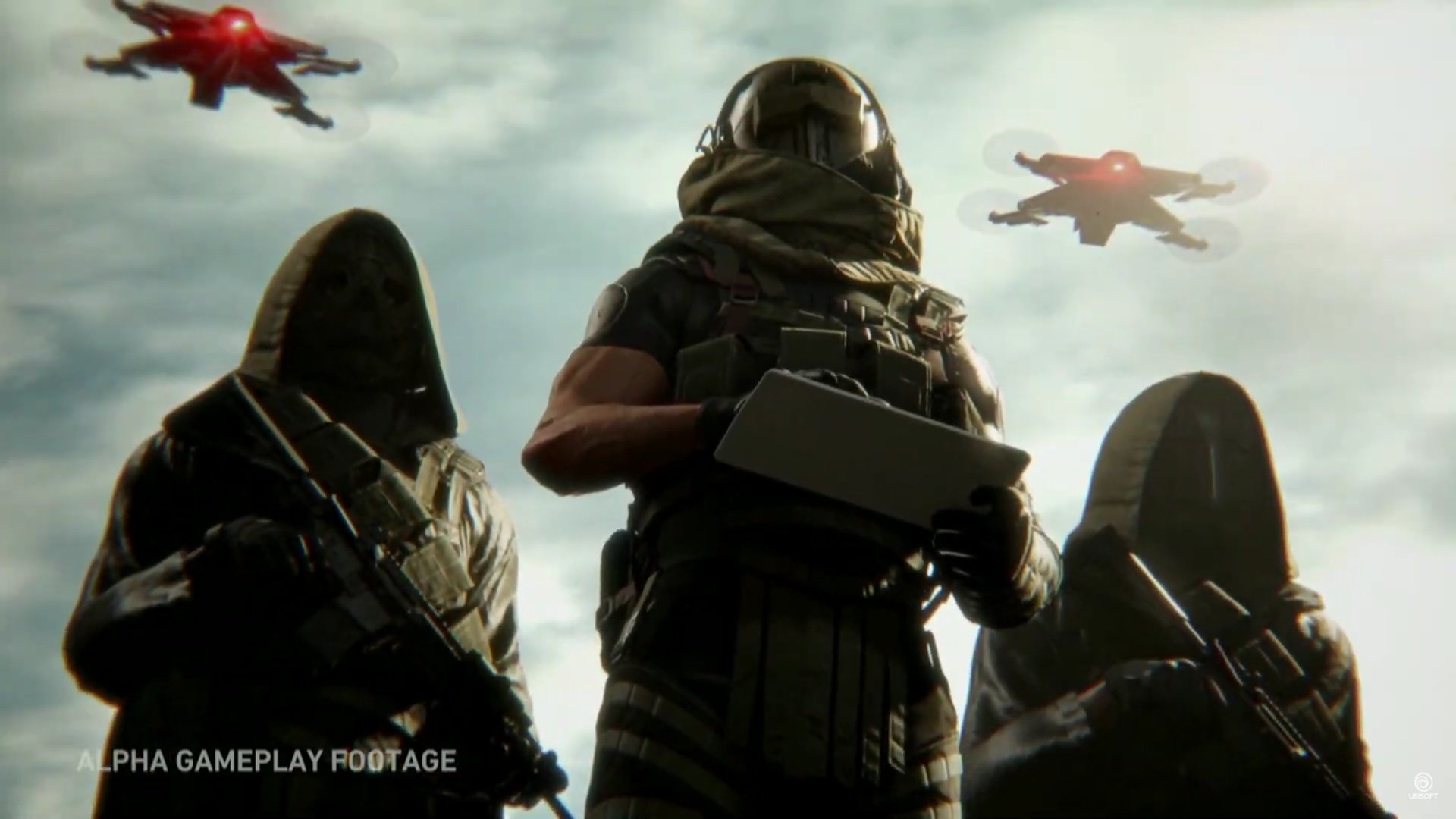 The cat’s out of the bag now. Tom Clancy’s Ghost Recon Breakpoint will be the next entry in the squad-based tactical shooter. Accidentally leaked yesterday, pretty much all of the information we reported on is true. This latest sequel takes place after the “Operation Oracle” DLC for Wildlands and features Team Ghost going up against Cole D. Walker and his army of mechanized drones. It will be heading to PC, PS4, and Xbox One on October 4, 2019, with collector’s editions available. If you pre-order the game, you’ll receive access to a beta in the near future.

In a huge upgrade over Wildlands, the environments you’re traversing in actually matter to the gameplay. The extended gameplay reveal showed things like using impromptu camo in the mud and a new form of optic camo adapting to the surroundings it is put in (Metal Gear Solid 4, much?). You’ll even need to manually bandage your wounds, which looked both painful and like First Blood. Not only that, but PvP is returning and will available at launch. Shared progression between the campaign and MP will let you unlock things at your own pace, which should make for some intense gunfights online.

The one thing I’m sure everyone is just dying to hear: Breakpoint will take place in an open-world environment. As shrug-inducing as that might be, I’m more inclined to explore the world this time as player interaction with different objects seems to be expanded quite a bit. You can now cut through metal fences, for instance, and that whole thing with the camo is just super cool. It seems like lessons were learned from Wildlands, which is all I could have asked for.

As for the various editions available, Ubisoft has sent a breakdown of what you can buy. There will be the standard edition, a “Gold” edition, an “Ultimate” edition, and the leaked “Wolves” collector’s edition. Everything above the standard version comes with three-day early access and the Year 1 DLC pass, while the ultimate and “Wolves” versions come with something called the ultimate pack.

The “Wolves” version includes a statue of the game’s antagonist, dog-tags, a steelbook case, a soundtrack, a waterproof map, and lithographs. If you’re not keen for any of that extra stuff, you can grab the statue of Cole from Ubisoft’s online store separately. That’s a lot to keep track of but is par for the course with a Ubisoft title.