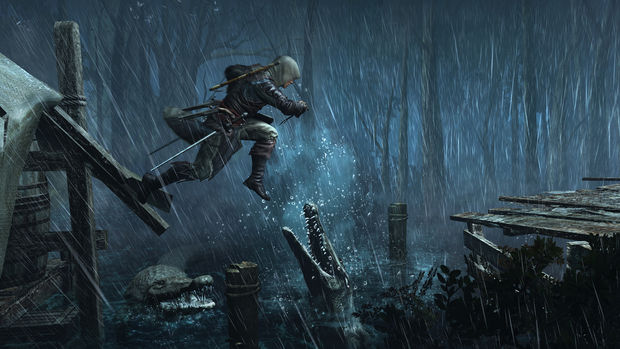 It’s always about the games when it comes to the console, and with the release of the new systems, it’s easy to take for granted how much effort goes into the making of the titles. For many, the games available at launch can be somewhat disappointing and even underwhelming. Which is a fair assessment, considering people are paying top dollar for new hardware. With all this work going into the consoles, why is it that the lineup sometimes has to suffer? Well, the senior vice president of sales and marketing at Ubisoft, Tony Key, might have an answer for you.

In an interview with GamesIndustry International, Key talks about the amount of work that goes into developing for new consoles, and how it can lead to some growing pains. “Right now, all publishers are transitioning their development resources,” he says. “For a game like Assassin’s Creed: Black Flag, most of the sales are still going to be on current generation platforms. We can’t make a version for PlayStation 4 or Xbox One that’s so wildly different that we can’t market them together. So, for now, developers and designers are focused on making a game that works really well on all of the systems — but as we transition resources to the next gen, it’s going to be more difficult to do that because the power of these machines is going to allow so much more creativity.”

In a lot of these cases, cross-gen titles can be either hit or miss. While Assassin’s Creed IV turned out to be one of the better cross-gen releases, it does serves as an interesting example of AAA game development during the transitional period.