We’ve gotten too used to the usual process

All too often, we get caught up in a whirlwind of negativity, focusing on bad business decisions and corporate missteps. It’s easy to give our attention to the practices that directly hurt us and that need to change. Without our voices, we have nothing. For instance, it’s important to lay out exactly why EA has such an unsavory reputation. But, it’s also important to give credit where credit is due.

Ubisoft is due some credit. The company’s approach to Far Cry 3: Blood Dragon is the exact opposite of everything that we’ve come to expect from the gaming industry in the last five (or so) years. By breaking conventions, Ubisoft has positioned Blood Dragon to be one of the most refreshing experiences in recent memory — a shining neon beacon arising from a sea of gun-metal grey. 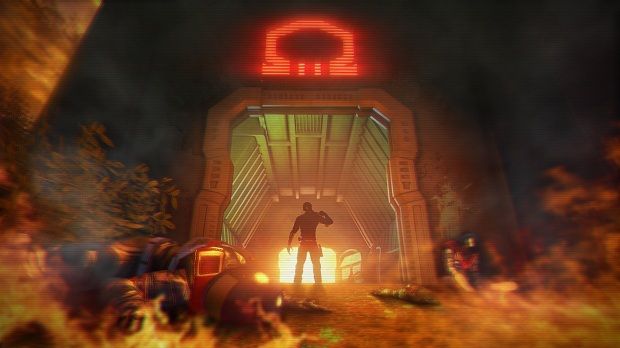 In the interest of full disclosure, I know nothing more about Blood Dragon than has already been released to the public. I don’t have a build of the game. I haven’t heard any rumblings from people that have gotten the opportunity to play it. I have no idea if it will be the best game of all time, or the worst game in existence — my conservative, boring estimate is that it will fall somewhere between those two extremes. What I do know is that regardless of how good the game is in execution, it’s already brilliant in theory.

Far Cry 3 was one of the standout games of 2012. Swooping in and releasing as one of the last major titles of the year, it exceeded expectations and left a lasting impression with people that played it. It was well-received by pretty much by everyone. Most importantly, it was truly fun.

Anyone that pays any attention to the gaming industry knows what comes next with 99% of well-received titles. Nowadays, games don’t just release and that’s the end of it. No, these games come with a schedule of post-release downloadable content, most often offered with a season pass. In a best case scenario, this will come in the form of decent single-player content; in a worst case scenario, it’ll be some poorly thrown-together multiplayer maps. 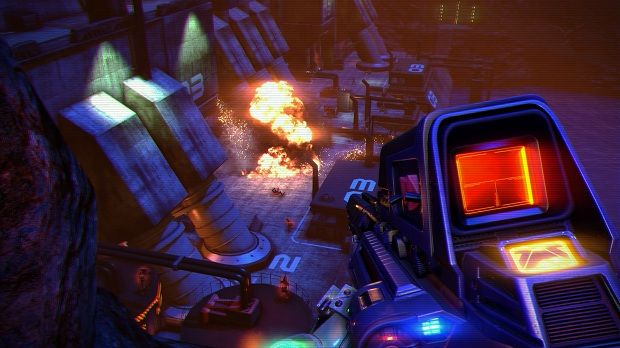 Ubisoft didn’t do this with Far Cry 3, save for one uninspired add-on that added little of probative value. Honestly, it’s hard to decipher why. Maybe it didn’t have faith in the game, and it simply surpassed internal expectations. Or maybe it actually wanted to take a crack at breaking the well-established mold of industry norms.

Regardless of the method behind the madness, Ubisoft deserves high praise for opting to pursue a project such as Blood Dragon as it was somewhat of a risky proposition for Ubisoft. I haven’t been involved in any focus-testing studies, but I can’t imagine that the public is clamoring for an over-the-top 80’s action experience that’s swathed in neon tones. There’s a reason that all games look similar, and it’s the style that everyone believes will be most likely to maximize profits.

That might be the most inherently charming thing about Blood Dragon. It feels as if Ubisoft threw profits to the wind with this one and told their developers to have fun making a game that they wanted to create. I’m not so naive as to actually think that a company as large as Ubisoft doesn’t care about money, but the approach it’s taken to Blood Dragon doesn’t make me feel like it’s a cash grab.

Rather, Ubisoft is releasing a game that no one asked for. It’s so far out of left field that no one really could have asked for it. Thus far, Blood Dragon has come off less as a calculated endeavor, and more like a cheeky inside joke from the development team. Kind of like if one of the developers made a mod, and it took on a life of its own until it was a full-fledged game.

Another aspect of Blood Dragon that is easy to take for granted is that it’s being released as a standalone title on digital services. This means that it won’t require Far Cry 3 to play. This decision may have been made because of the vast direction differences between the two, as it may have seemed like an odd add-on. Whatever the reasoning, this breaks down significant barriers to entry for many people and allows it to appeal to a broader audience.

It won’t be much longer until we know the reception that Blood Dragon gets, as it releases next week. That being said, Ubisoft has handily won me over on the idea of the game simply for the sheer confidence they’ve shown in making it a reality. I sincerely hope that Blood Dragon is a commercial success. If for nothing else, to show publishers that they don’t always need to take the safe and predictable route.