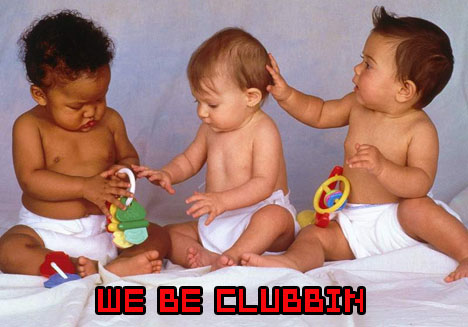 When you name a line of games something like “Games For Everyone” you’re setting up your market to expect (and bear with me here, ’cause this is where it gets complicated) games for everyone. Seems like a fairly straightforward concept, and yet one that Ubisoft doesn’t quite seem to have fully grasped.

Simply put, if you’re going to market games in a way that indicates I can play them with a small child and not warp their fragile, little minds, as well as not spending the entire time wishing spontaneous human combustion wasn’t a myth, then you should probably actually make those games. But Ubisoft understands that fact all too well, really, realizing that “Everyone” is just a term that gives parents the warm fuzzies because it indicates their child isn’t the walking afterbirth it may very well be.

Imagine Modern Dancer, Imagine Baby Club, Martin Mystery: Monster Invasion, and Totally Spies! 4: Around the World were debuted for the Nintendo DS by Ubisoft at the IDEF tradeshow in Cannes, France, and are expected for release in Fall 2008. Now I’ll give Ubisoft its due plaudits for Imagine Baby Club, but unless I’m sorely mistaken, it probably isn’t going to be what a name like that would lead you to believe.