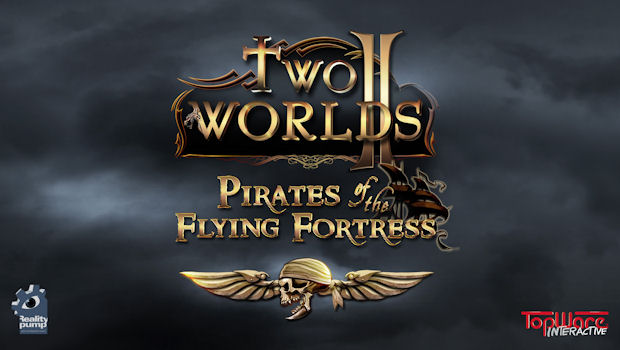 Topware has announced the first expansion pack to Two Worlds II, Pirates of the Flying Fortress. After selling 2.5 million copies worldwide, the publisher has determined that another adventure in Antaloor is more than worth it.

Flying Fortress adds “dozens” of new weapons, “impact-oriented” horse armor, new breeds of horses, a fresh selection of bosses, rain/thunderstorm weather effects and new animations in dialog/cutscenes. Obviously, a new single-player quest is on the cards, and there will also be some new multiplayer maps.

Sounds good to me. I’ll take another excuse to play the game again.