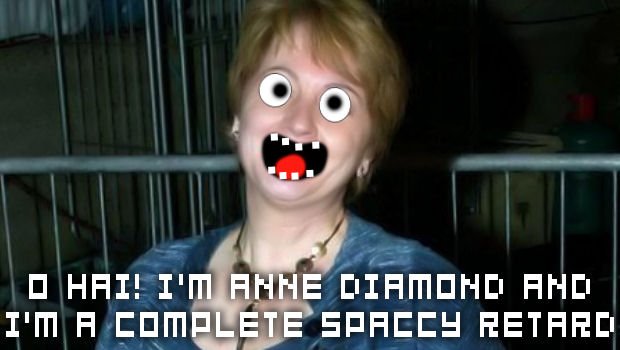 You may remember Anne Diamond for the ludicrous game reviews she wrote for the Daily Mail. You may remember Stefanie Powers from Hart to Hart and NOTHING ELSE. These two shitmunchers appeared on TV to talk about the recent murder of young boy and blame it on videogames. As you do.

“I hate to think that as Americans we’ve exported along with rap music and the horrible video … I say the horrible video culture,” warbled Powers. “It’s the horrible violent video games [wiggles thumbs] which, I’m terribly sorry, they’ve been used far too long as baby-sitting devices, so that children are raised with these flashing, hot symbols of violence. And irresponsible violence; there’s no responsibility to the violence.”

Diamond chipped in with her own pearls of wisdom, likening the stockpiling of guns to the collection of game consoles: “Well in fact, having just that sort of armory under his bed — just like you’d have a couple of Nintendos and a PlayStation under your bed.”

Yeah, she seriously drew that parallel.

The show host, Matthew Wright (generally regarded as a c*nt) agreed that the videogames were to blame and wants to have a fresh discussion about “shoot ’em ups” on his show. As is typical with Wright’s broadcasts, I’m sure we’ll have an intellectual and rational debate. Oh wait, no we won’t.