Header image by AlexRaspad on DeviantArt.

The 600th episode of The Simpsons aired last night, and if you blinked, you might have missed an easter egg or two referencing 90’s car brawler Twisted Metal. Those familiar with the series may remember that each of the unique vehicles has an EXTREEEME driver with their own biography and motivation listed in the manual. Two of these seem to have been snuck in during the show’s first segment, Dry Hard.

The segment begins as a Hunger Games parody before transitioning into Mad Max: Fury Road. Just after the shift (at about 6:40), Springfieldites tear across the wasteland in strange vehicles to attack Burns’ private reservoir, and two of these look to have been inspired by Twisted Metal‘s Axel and Shadow.

Axel’s name is a pun based on the idea that he is a living axle, caught between two giant wheels. In the US, he was the cover model for Twisted Metal 2. On The Simpsons, he was represented by Mike Tyson parody Drederick Tatum, though the wheels aren’t quite as large on Tatum’s rig. 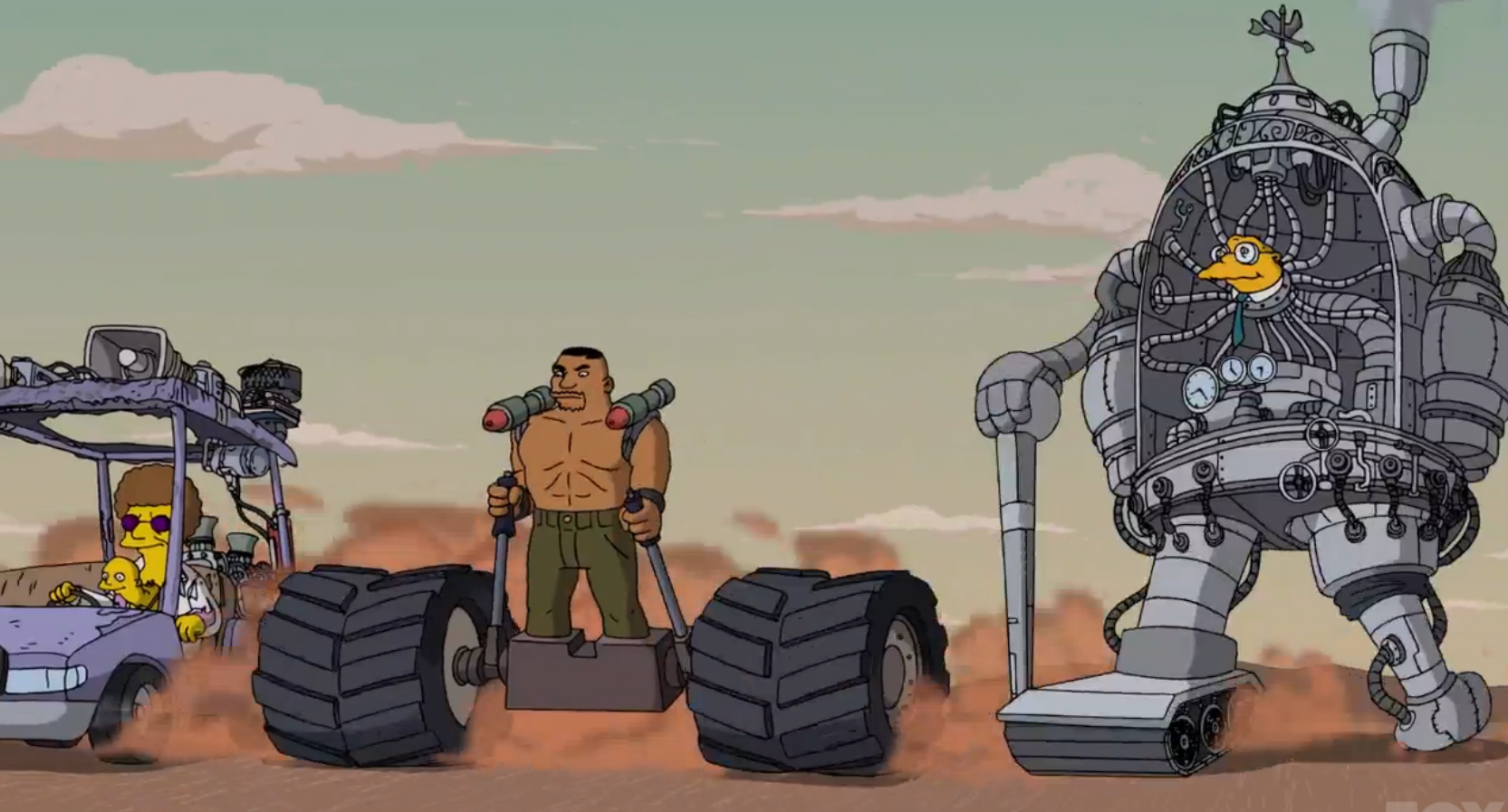 Shadow is a hearse rigged up with machine guns and spiky bits on the front, driven by Mortimer the undertaker in earlier games, and by goth girl Raven in more recent entries. It’s a little harder to see, but you can make out a hearse being driven by Dolph behind Groundskeeper Willie as the Doof Warrior. 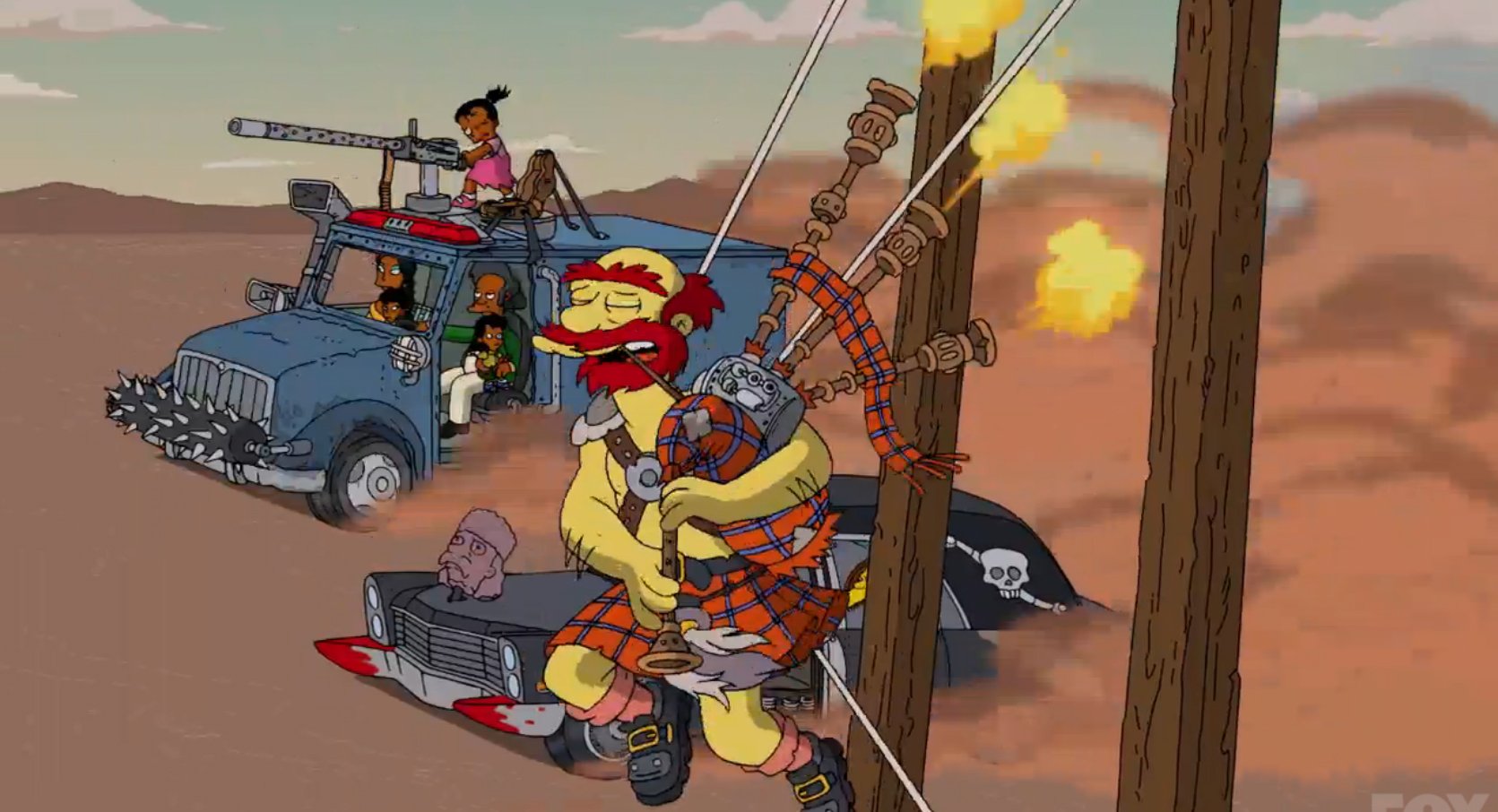 If you missed the episode, you can check it out on Fox.com. In my opinion this wasn’t one of the best Halloween episodes, but it was nice to see a relatively obscure game franchise get a mention.