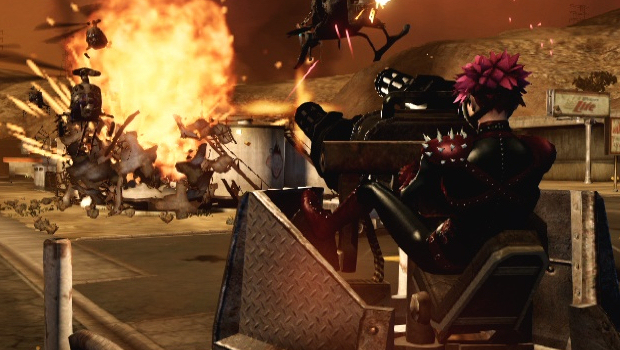 Twisted Metal is suffering a few localization problems, resulting in the car-on-car violence being delayed in Europe. The game is now due out in March for PAL gamers, although a solid release date is yet to be confirmed.

In North America, the game is still slated for February 14 and there shouldn’t be any problems making the date.

As well as the delay, the European version of Twisted Metal has been slightly censored by SCEE. David Jaffe says that most of the edits are in cutscenes and won’t affect the actual gameplay. The biggest in-game change is that the screaming person tied to a gurney on the Meat Wagon is now a lifeless corpse.