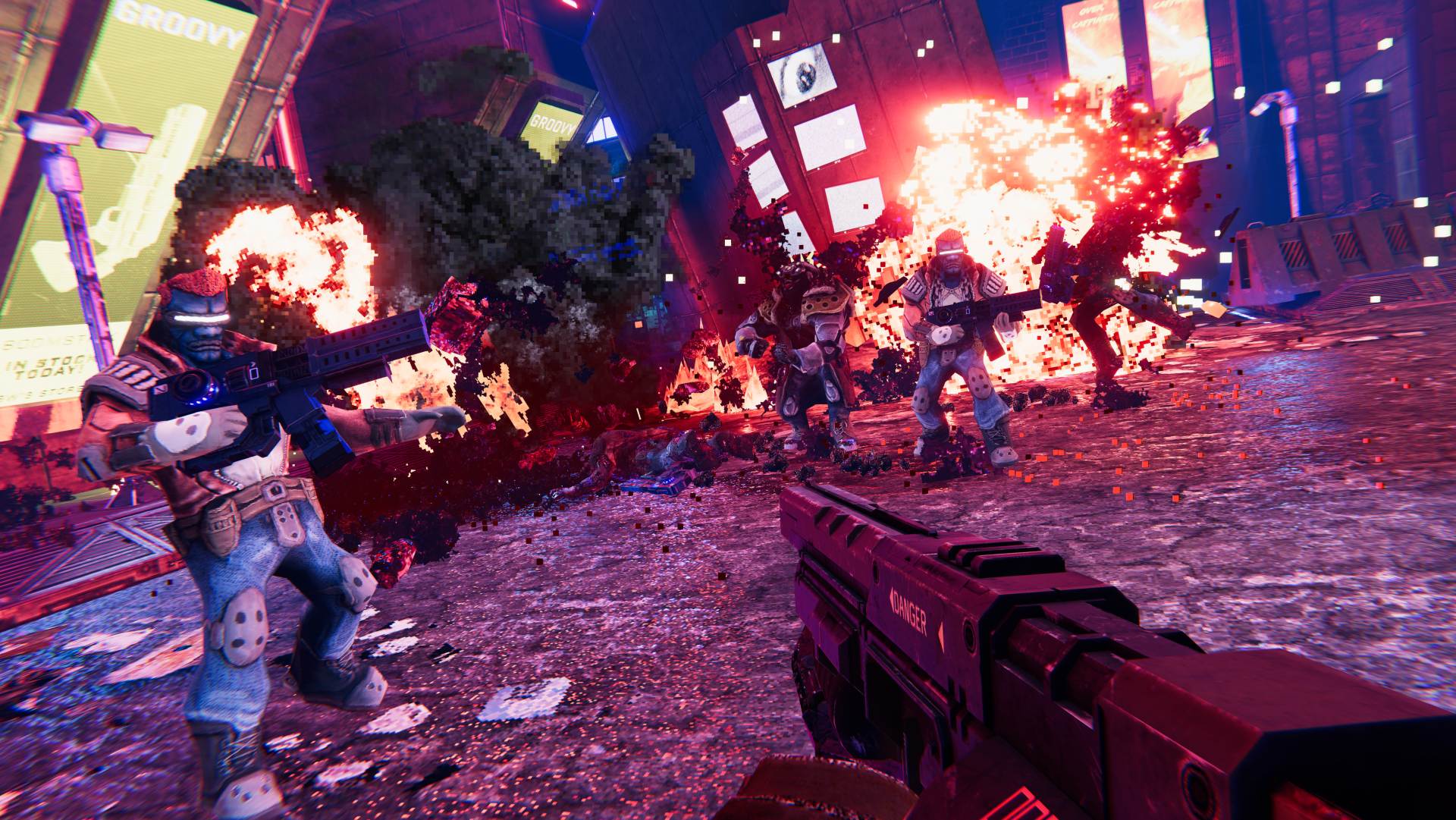 Classically-styled shooters are about to dip into the neon future. Trigger Happy Interactive announced today that its high-speed shooter Turbo Overkill is sliding into Steam Early Access on April 22.

Inspired by Doom, Duke Nukem, and Quake, Turbo Overkill is part of what I’d call the retro-revival genre of first-person shooter. It’s clearly imitating the classic circle-strafing arenas and high framerate firepower of older games, but with many modern adjustments. Yes, there are pixel-y chunks blasting everywhere, but also more modern tools like a grappling hook and chainsaw legs.

Upgrade weapons over time, kill bosses for their augments, run on walls and fire mini-rockets from mid-air. Add on a cyberpunk neon sheen, and you’ve got Turbo Overkill.

I played the demo for Turbo Overkill during the recent Steam Next Fest, and can confirm that I was instantly reminded of classics like Quake. As good as the gunplay is, I had just as much fun running around its arenas, sliding through enemies with my chainsaw legs. It reminded me a bit of sliding and kicking enemies in Bulletstorm, in a very good way.

Turbo Overkill slides onto Steam Early Access with the first of its three planned episodes. That will have eight stages, with the number expected to triple on the way towards launch. As for the full 1.0 version, that’s expected sometime later in 2022. When it does launch in full, Turbo Overkill will also be coming to the Nintendo Switch, PlayStation, and Xbox consoles.

You can wishlist Turbo Overkill ahead of its Early Access release on Steam here.