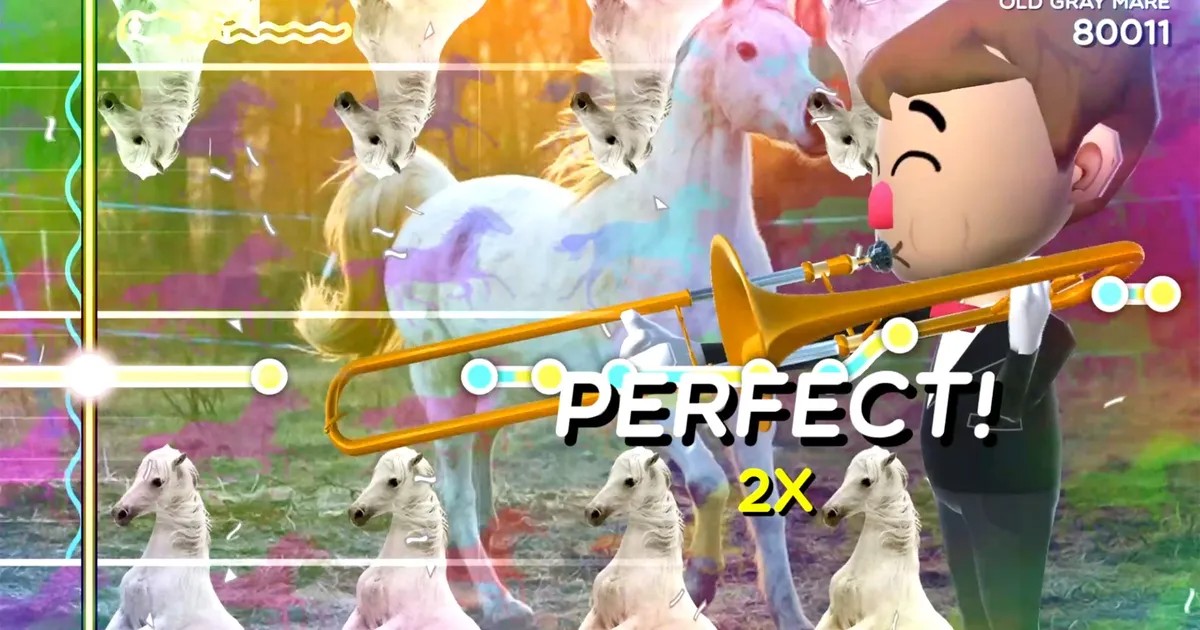 In my opinion, Trombone Champ is one of the best things to happen to gaming all year. It’s easy for anyone to pick up, it’s well-designed, and it’s laugh-out-loud goofy. I was skeptical when I heard someone say it’s a Game of the Year contender, but it only took a few minutes into playing it to make me a believer. Now that the game’s popularity has launched into the stratosphere, thanks to word of mouth on social media, we’re starting to see the mods slowly roll in, which is exciting for someone who is very much a fan of mods.

Mods don’t just include putting Trombone Champ in VR or adding custom song maps, however — it also means that players who modify their game to take custom controller inputs are back on the scene. In this case, it’s my man Rudeism, a streamer known for his modified controller setups. At this point, I’m basically his full-fledged fan. This time, he hooked up a real trombone to play its virtual counterpart in the game.

Ultrasonic sensor controls the slide, and a microphone controls the dooting. If only I knew how to play it IRL ????

According to his Twitter post, an “ultrasonic sensor controls the slide, and a microphone controls the dooting.” I have no idea what any of that means, but he clearly got it working in Trombone Champ, so good on him. Rudeism also states in his post that he wishes he could play the trombone IRL, which has me wondering: did he full-on buy a trombone for this bit? Those things aren’t exactly cheap, so that level of commitment is admirable, to say the least. Who knows, maybe this will be the beginning of an illustrious career for him as a concert trombonist.

Either way, this real trombone Trombone Champ setup did exactly what it was supposed to — make me happy — and isn’t that all we can ask for from our internet content these days? Now if anyone needs me, I’ll be trying to top my high scores until someone mods K-pop songs into the game.