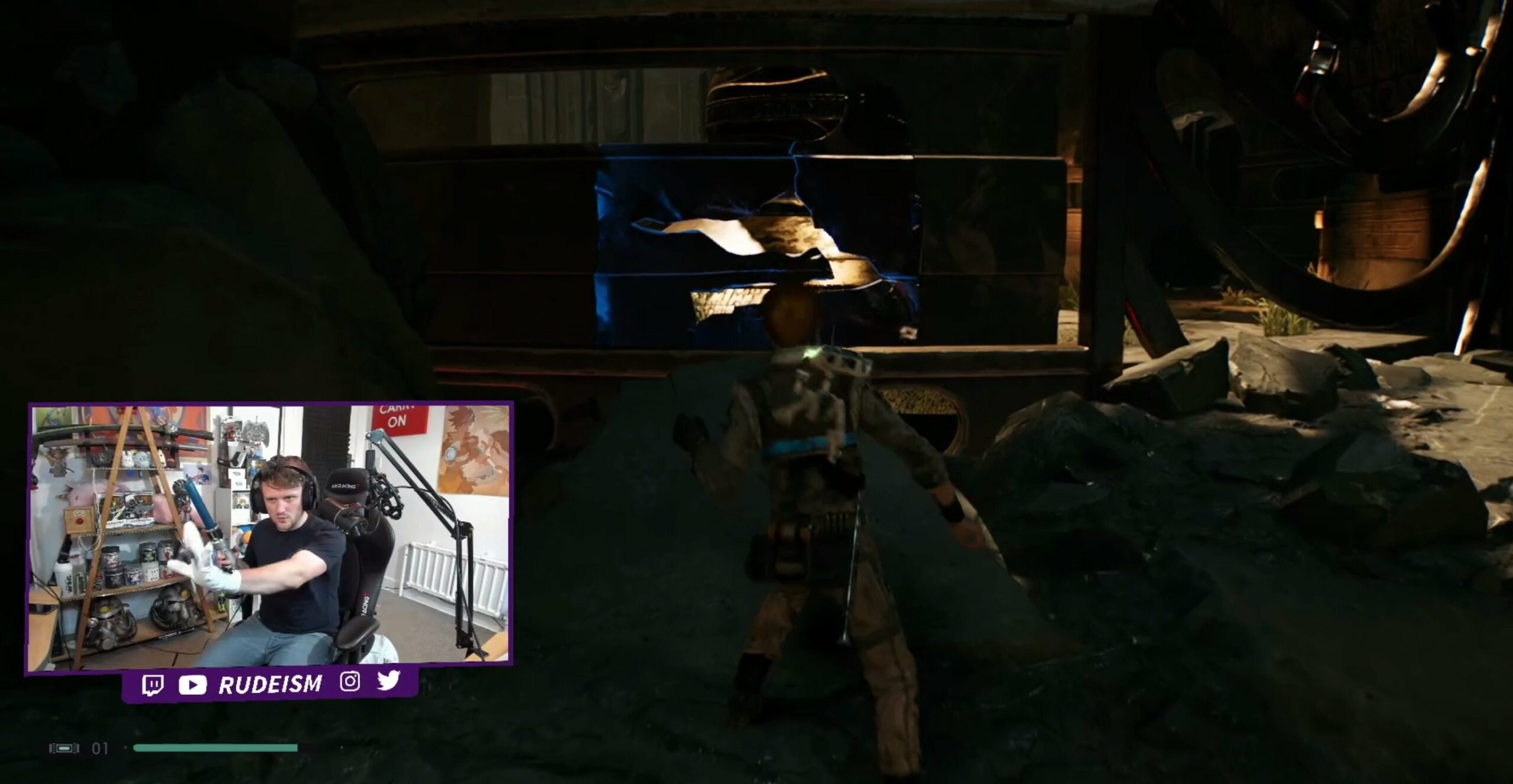 People have been doing some really cool things with makeshift tech in the past five years or so. We’ve seen Destiny raid runs with Rock Band instruments.

We’ve seen DK Bongo remote runs. Someone even made a banana controller, using actual bananas. That’s…bananas! The below clip deals with something a little more relatable and easier to follow though. Streamer Rudeism managed to craft his own Lightsaber controller out of a kid’s toy to use in Star Wars Jedi: Fallen Order.

My favorite part doesn’t actually have anything to do with the lightsaber at all though: it’s the force push glove! It’s such a simple concept, but by moving his left hand forward he can push stuff in the game environment. It’s even cooler that the player character (Cal) puts his hand up as the default animation.  If you want to go in blind, skip to 30 minutes in the video: before that is when Rudeism takes on what basically amounts to a temple from Zelda, with puzzle solutions in tow.

As a reminder, a patch was recently pushed out to Jedi: Fallen Order on PC, and a console patch is imminent.