Knobb’s End is staged to look like just another generic indie RPG. However, it’s not even really a game. Instead, what you get is a hilarious satire of the lengthy loading screens from games like Skyrim, The Witcher 3, and even Fallout 4.

Full Disclosure: The whole thing leads to a link for the pilot of their new show called NPC. It’s pretty decent too, but the real star here is Knobb’s End. If you have any familiarity with the material they’re parodying, it’s absolutely worth downloading for a quick laugh. You can check it out here for free.

The description for the “game” reads:

“At first, Knobb’s End appears to be a sleepy village. Dig a little deeper and adventurers realize it’s anything but. Nightmares in the church. Trolls in the well. Corruption in the government.  Play as one of three characters and peel back the illusions in this place of evil and wonder.”

An RPG that takes place entirely in one town. 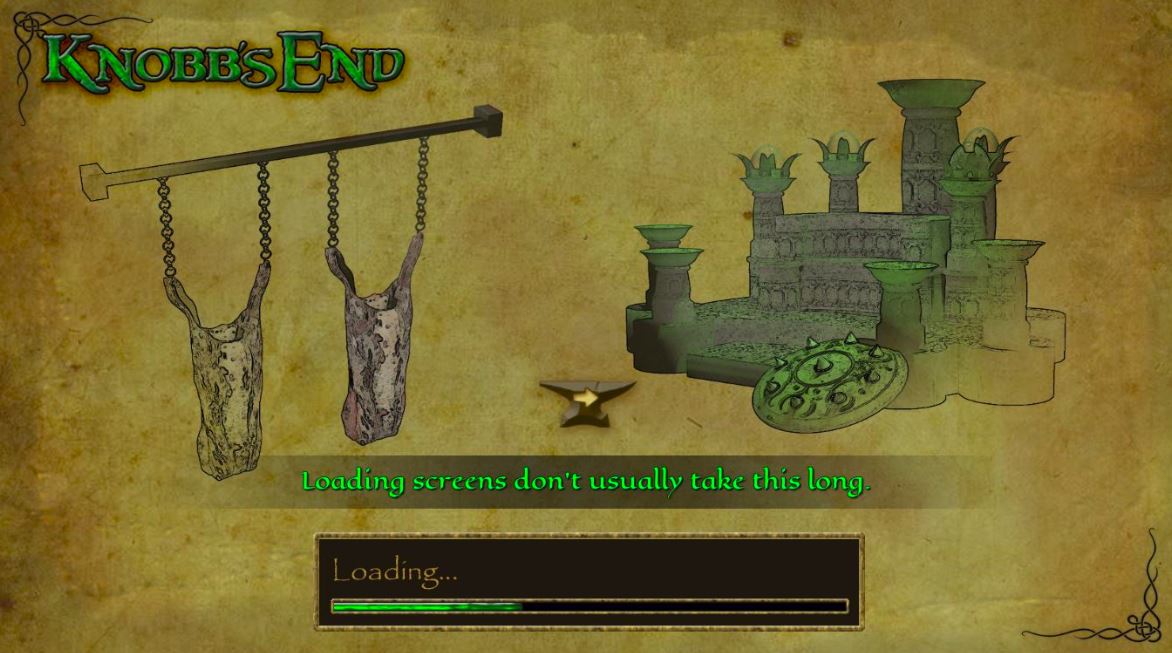 Obviously, none of that ever happens. I don’t want to spoil too much of it, but I love goofy stuff like this.